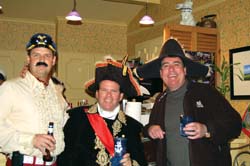 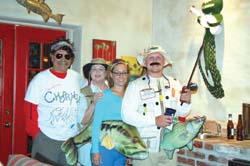 Bubba, Karen, Brittany and Will Burch 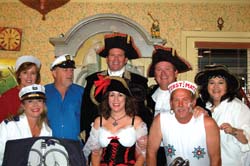 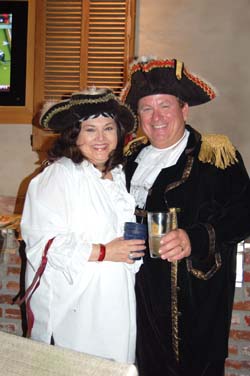 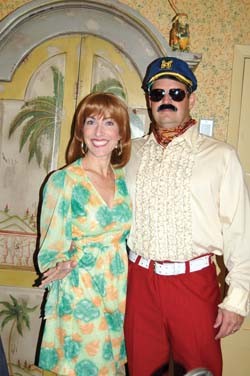 Patricia Naomi surprised her husband, Steve Smith, with an October party celebrating his new title of captain and to launch his new endeavor, Stillwater Outfitters, a fishing guide service. Many guests came dressed as their favorite captain, including The Captain & Tennille (Shannon and Bobby Fruge); Admiral McElligott and his woman, Dede; the Skipper and Gilligan (Randy and Carolyn Hebert); and Lonesome Dove Captain Barry and his swashbuckling mate, Missy. Also in attendance were Nancy Naomi, Pam Chapman, P.J. Naomi and Karen Daigle, Pam Duke and Tucker Perret. It was a perfect fall evening to be outside, especially in costume, and the crew enjoyed a repast befitting The Captain’s Table. Backstrap wrapped in bacon and Took’s sausage started the evening, followed by pork chops and chicken with Paul Sr.’s special Mediterranean sauce. It was down-home cooking all the way with Patty’s rice dressing, potato salad and baked beans. The drink of the evening was Old Fashions (in that crowd, what else?). After dinner, toasts were made congratulating Cap’n Steve on his new title and new business. A few references were made to past fishing trips and the unfortunate way fishing hooks have of landing in ears, cheeks and fingers instead of fish…but Party Girl would expect none of that on a Stillwater Outfitters charter!