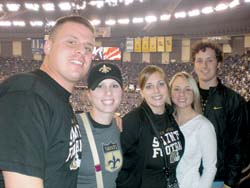 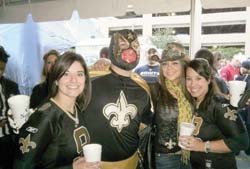 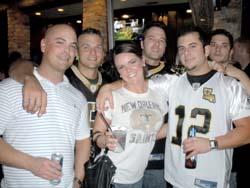 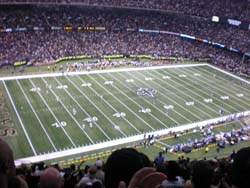 Hordes of fans engulf the Superdome 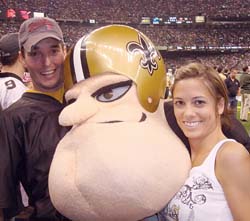 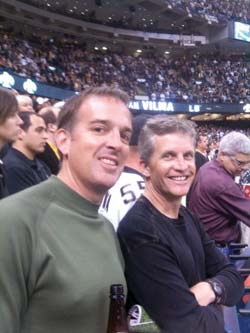 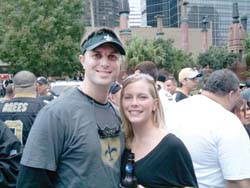 The New Orleans Saints. What a season it’s been so far. Many of us have had a long-standing love/hate relationship with them for years, but it seems that after all of the thrown remote controls and hoarseness from screaming at the television, we finally have a team that’s making history for all the right reasons. Not that we weren’t always proud of our boys, but they are sure making it easier this season. Who can ever forget the role the Saints played in giving New Orleans, and Louisiana, something to cheer for post-Katrina. We are still one of only five NFL teams to never make it to a Superbowl, and it is looking like this is definitely the year that it can happen. Seeing as there are so many fans from Lafayette out there supporting the team at every home game (who wouldn’t want to spend some time in the great Crescent City?), I thought it would be nice to post some pics of them enjoying themselves at the game. Geaux Saints! All Party Girl wants this holiday season is a black and gold Superbowl!