Local art and cuisine simmered to perfection for the past eight years at Palates & Paté, but keeping that momentum going is a challenge in 2009. 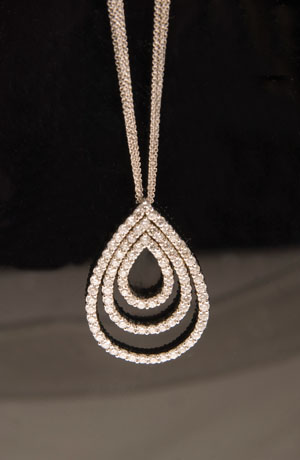 As the economy has softened a bit in the Acadiana area, so has the community’s support for nonprofit organizations like Acadiana Outreach, which provide vital services to the poor and homeless. Sponsorships for Palates & Paté, Acadiana Outreach’s primary fundraiser that fuels about a third of its $3.7 million operating budget (which includes in-kind contributions), are down significantly this year, according to Community Relations Director Amanda Toups. And for the first time in the event’s 9-year history, individual ticket sales are being heavily promoted, says Toups, noting that in the past last-minute tickets would sometimes be available to individuals at a cost of $250. This year that price was slashed to $125.

The event pairs distinguished regional artists with premier area chefs, a collaborative effort that produces a unique piece of art and a signature dish that reflects the artwork. The art is auctioned, and the food is served at the event. The auction also includes vacations and adventure packages to exotic locales.

The pendant, which hangs from a delicate five-strand necklace of white gold, was designed by Naomi and fabricated by Brent Leblanc.

Naomi fears that this year’s decline in sponsorships and ticket sales will cause Acadiana Outreach to scale back its vital services, and he is trying to get the word out that it’s not too late to step up and at least attend the event. “More than ever, we realize the importance that [the Outreach Center] brings to our community, helping those less fortunate with basic needs along with programs designed for long term employment opportunities,” he says.

Palates and Paté is Thursday, Nov. 19, at 7 p.m. at the Cajundome Convention Center. For more information or for tickets, call 237-7618. Tickets will also be sold at the door.