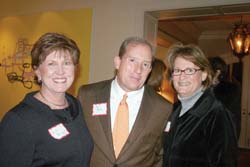 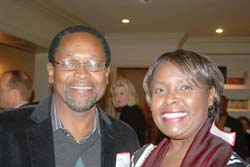 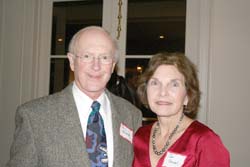 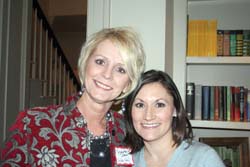 Margarette Derise and Angie Doumit, both of UW 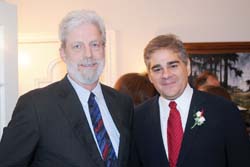 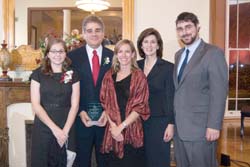 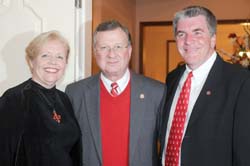 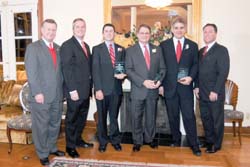 United Way of Acadiana Annual Spirit of Giving Celebration was held in early December at the home of Daryl and Laura Byrd. The annual event celebrates the generosity and support of Leadership Givers. Individually, Leadership Givers members donate at least $1,000 to United Way of Acadiana, and collectively this special group has given $1 million to United Way of Acadiana. UW is still looking for holiday volunteers, so if you are in the mood to spread a little cheer and goodwill this holiday season, volunteer some of your time to helping those less fortunate. To find out how you can help, contact Keler Williams at 337-706-1234.

The UL Alumni Association recently held its annual Outstanding Alumni Presentation and Reception at the Alumni Center. Awards were presented to Congressman Charlie Melancon, who was accompanied by his wife Peachy. Congressman Charles W. Boustany Jr. also was selected as an outstanding alumnus but was unable to attend; his son Eric accepted the award on his behalf. Also honored was acclaimed photographer Denis Reggie, whose sister, Victoria Reggie Kennedy, widow of the late Sen. Ted Kennedy, attended the reception, as did numerous local and state officials.