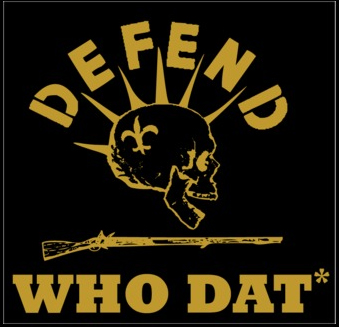 A Pennsylvania Saints fan who became an Internet sensation after a Fox camera caught him, in full Saints regalia, wildly cheering on the Black and Gold at FedEx Field in suburban Washington, D.C., during the Saints-Redskins game, is headed to the Superdome for Saturday’s home stand against the Dallas Cowboys.

Bill Harris became known as the “Unknown Who Dat,” spawning a Web site devoted to learning his identity. Turns out Harris lived in New Orleans from the ages of 12 to 21 and was a Saints fan from the beginning of the franchise’s history. For more on Harris and how he earned a trip to the Superdome, read Chris Finch’s story on the Fox-8 New Orleans Web site.