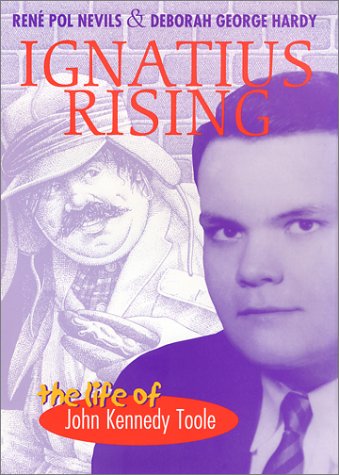 A biopic about the life of late New Orleans author John Kennedy Toole, still years away from the screen, is getting a head of steam, according to Maxim Entertainment president Blaine McManus. After two and a half years, an Ignatius Rising script based on the eponymous 2001 biography by René Pol Nevils and Deborah George Hardy (LSU Press) is complete and fundraisers are planned in Lafayette, Baton Rouge and New Orleans (dates undetermined) to raise $50,000 for a packaging/development fund. McManus says the fund is designed to ensure the movie “is fully developed and produced in Louisiana by a Louisiana production team.”

The Nevils/Hardy biography takes it name from Ignatius J. Reilly, the corpulent Lucky Dog vendor at the center of Toole’s literary masterpiece, A Confederacy of Dunces. The novel about life in New Orleans was rejected by New York publishers and Toole, who served a short stint in the 1960s as an English instructor at UL Lafayette — then called University of Southwestern Louisiana — committed suicide shortly thereafter. The manuscript was later discovered by his mother, who showed it to author Walker Percy. Published in 1980 through Percy’s persistence and connections — 11 years after Toole’s suicide — A Confederacy of Dunces won Toole a posthumous Pulitzer Prize.