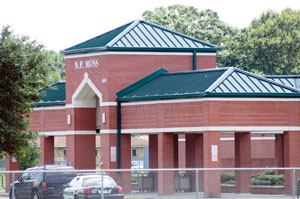 The 3rd Circuit Court of Appeal will consider Wednesday whether the Lafayette Parish School Board can seek damages against a Lafayette architecture firm involved in the construction of N.P. Moss Middle School, which was shuttered for the spring 2008 semester due to water infiltration, displacing more than 500 students. Corne-Lemaire Group was named a defendant along with Ratcliff Construction of Alexandria in a subsequent lawsuit filed by the LPSB; Lafayette district court Judge Marilyn Castle, however, dismissed claims against the parties last February, citing state law R.S. 38:2318, which sets a five-year statute of limitations on any claims concerning a professional service contract for public works construction. The school system has argued that this law, enacted by the state Legislature in 1999, came after the school system had already signed contracts for several new schools and believes an older, 10-year prescription period should apply.

According to Emile Joseph Jr., one of the attorneys representing Corne-Lemaire, the 3rd Circuit panel will consider the appeal Wednesday without oral arguments. “They’ll review the briefs and the record and decide if Judge Castle’s ruling was correct,” Joseph says. The tab for repairing Moss came in at roughly $2 million. The school system — and Lafayette taxpayers — is also shouldering about $3 million in repairs to four other elementary schools built at about the same time as Moss Middle: Charles M. Burke, Live Oak, Ernest Gallet and J.W. James.

If the appeals court upholds Castle’s ruling, the LPSB will have the option of applying for a rehearing with the 3rd Circuit as well as appealing to the Louisiana Supreme Court. If Castle’s ruling is overturned, the case will be remanded back to district court for trial.