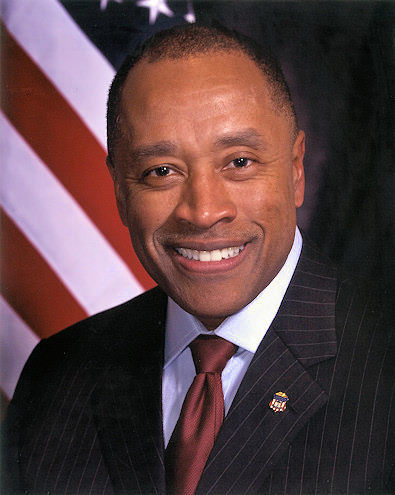 Washington’s resignation is not surprising, as it was no secret that the Obama administration plans to replace the Republican U.S. attorney. In July, Democratic U.S. Sen. Mary Landrieu recommended John Belton and Stephanie Finley to President Obama for the federal post. The White House generally follows such recommendations, but there has been no word since on who will be appointed. INDsider sources say Finley, a current assistant U.S. attorney for the district, is the frontrunner.

“The White House has not yet nominated anyone for this position,” confirms Landrieu spokesman Aaron Saunders an e-mail to the INDsider. “This is true of all the federal posts in the Western District, and a few in the Eastern and Middle as well.”

In his resignation letter, which is addressed to “Colleagues,” Washington writes:

It is with a deep sense of pride, appreciation and ample melancholy that I write to announce I will relinquish my duties as the United States Attorney for the Western District of Louisiana effective January 18, 2010.

I look forward to speaking with you during the next few days as I prepare to embark on the next stage of my career. But I want each of you to know now that I feel deeply honored to have worked shoulder to shoulder with you in service to our country. As I have often said, I envy the career path each of you has chosen, and you can expect to hear this from me one more time before my departure date.

While much has been accomplished during the last eight years, primarily as a result of your tireless efforts and unparalleled professionalism, the cause of justice requires and demands your continuing diligence and dedication for as long as history blesses our national story.  Please know that each of you has my profound gratitude and respect for all you do, each and every day, to protect and promote the interests of the United States and to secure the blessings of liberty.

Washington was appointed to the position of  U.S. attorney for the Western District in September 2001 by President George W. Bush and was confirmed by the U.S. Senate on Oct. 23 of that year. As U.S. attorney, he is the chief federal law enforcement officer in the Western District, which is comprised of five judicial divisions, two manned offices, 42 parishes, and five major metropolitan areas including Shreveport, Lafayette, Monroe, Alexandria and Lake Charles.

Jones Walker attorney Gary Russo declined to comment on speculation Washington will be joining the firm.