With two years down and another two to go, Gov. Bobby Jindal has reached his mid-term with 63 percent approval ratings and a policy record that’s sketchy at best. 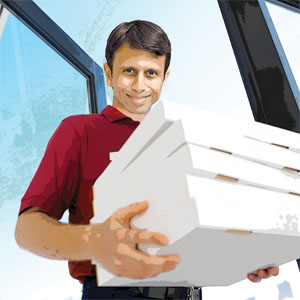 If there’s a transitional locale along the political spectrum that’s nestled snuggly between unfulfilled promise and tangible greatness, a kind of professional purgatory, then that’s where you’ll find Gov. Bobby Jindal these days.

He still has two years of governing to go until his term as governor expires, and along the way he’ll face some extraordinary challenges. Most notably, Louisiana’s five-year budget outlook forecasts a $1 billion shortfall in fiscal year 2011, which begins next July, and a $2 billion shortfall in fiscal year 2012. While the sagging economy and other culprits share the blame, Jindal says the “most significant factor” is the cut in federal health care funding for those using Medicaid.

Joshua Stockley, former president of the Louisiana Political Science Association, says Jindal is wise in the ways of knowing what he faces. “There’s no doubt that this will be the real test for Gov. Jindal,” Stockley says. “Other state governments have already made drastic reductions, and the governor now has to guide his state through the same process.”

Nonetheless, two more hurricane seasons remain in Jindal’s term, and former Gov. Kathleen Blanco’s dealings with Katrina prove that Mother Nature can be as devastating to a political career as angry voters — and Jindal will have to face both seasons as he continues to oversee the state’s recovery from four hurricanes that made landfall in Louisiana in as many years.

It’s an altogether exciting and treacherous place for Jindal to be right now. On the issues of ethics reform, fiscal restraint and safeguarding local businesses, his administration has made some inroads, but they are also roads paved with broken promises.

For example, during one of the shrimp industry’s bleakest times last year, as dockside prices bottomed out, Jindal made a well-publicized vow to lean on state agencies to buy more shrimp from Louisiana fishermen and processors. That effort has been a wash. “It’s safe to say it’s on hold right now,” says Martin Bourgeois, a state marine fisheries biologist who oversees the Shrimp Task Force Jindal created to address the overall industry crisis.

Based on correspondence obtained from the Department of Wildlife and Fisheries, most of the agencies that do purchase seafood are already maxed out. Even the Department of Public Safety and Corrections — a whale of a client that already buys 600 pounds of shrimp each month — doesn’t have enough freezer capacity to take on more product, says Lt. Col. Genny L. May, deputy superintendent of the Louisiana State Police.
Then there’s the issue of state contracts. Recently, the Commission on Streamlining Government, another Jindal task force set up to cut the budget, took the Division of Administration to task on having more public oversight of the state’s numerous contracts. On his own during the last two years of regular sessions, Jindal has done that by vetoing budget line items for nonprofits and other groups that don’t fit into his administration’s guidelines for non-governmental programs and organizations.

But that doesn’t mean some of those organizations aren’t getting state money. According to a search of state contracts, there are 31 agencies and nonprofits that either subsequently received a state contract or were already under contract with the state at the time of Jindal’s cut to their funding lines after the 2008 and 2009 sessions.

This past summer, Jindal vetoed $25,000 meant for the Joy Corporation (it provides training, education and rehabilitation “to meet the holistic needs of the local community”), even though the nonprofit secured a $30,000 contract on its own just months later with the Department of Health and Hospitals. In 2008, he vetoed $25,000 intended for Doorway to Louisiana and the same amount meant for Louisiana Ballooning. Again, the two groups turned around and were able to secure contracts worth $13,718 and $15,000, respectively, from the Department of Culture, Recreation and Tourism. These are just a few examples.

Going further back, Jindal is still dealing with the glitches that resulted from his landmark ethics reform session of 2008. In the end, this could require the administration to swallow its pride and possibly backtrack on certain initiatives it once heralded. In fact, Public Affairs Research Council President Jim Brandt says a study group should have already been formed and finished with its findings. “The process of deciding the guilt or innocence of those accused of ethics violations is too important to be altered without thorough legal study and thoughtful consideration,” Brandt says.

In a prepared statement last fall, Kyle Plotkin, Jindal’s spokesman, said the governor would remain committed to his promise of a “Gold Standard” for ethics in Louisiana, and that includes taking action in future legislative sessions. “We’ve made incredible progress through the comprehensive and aggressive ethics reforms put into law last year,” Plotkin said at the time. “Ethics will absolutely remain a cornerstone issue of our administration as it’s indelibly linked with our economic development priorities.”

When it comes to business, Jindal came out swinging in 2008 by accelerating the elimination of the tax on business investment (Louisiana was one of only three states in the country taxing manufacturing machinery and equipment); speeding up the removal of the tax on capital investment (this kind of taxable debt will be completely cut by July); and stripping business utility taxes. Dan Juneau, president of the Louisiana Association of Business and Industry, says there’s still more work to be done. “Louisiana ranks 15th in the category of the total amount of state and local business taxes paid,” Juneau says. “That isn’t good, but it gets worse. When the amount of state and local business taxes as a percentage of all taxes collected is measured, Louisiana comes out fifth highest in the nation.”

Meanwhile, Jindal’s education and health care proposals have stirred up controversy and jarred old-line thinkers, but his policy teams have yet to make substantial gains. Politically, his endorsements of other candidates don’t always play out like he wants (actually, most lose), he’s raised more money than any governor before him (about $3.5 million at last count, but surely larger by now) and has already survived legislative rows (like supporting then opposing a pay hike for lawmakers) that would have sunk weaker chief executives.

At the same time, his national aspirations continue to be a player, and the governor is being included in national polls on the 2012 presidential race. Moreover, to date, Jindal has traveled outside of the state some 40 times to raise money for his 2011 re-election campaign. Louisiana’s populace should expect more of the same during the coming two years, at least on the political front. As far as ethics reform, education, economic development and all the other stuff that matters, there’s only one man who can decide that — and he’s in professional purgatory at the moment.