[Editor’s note: Amphaymany “Pi” Keohavong was one of the most successful former UL Lafayette students you’ve never heard of. He parlayed a natural talent for dance into an international touring career with some of the most prestigious dance companies. Keohavong, 39, died earlier this month after a brief battle with stomach cancer. Following is a tribute to Pi by friend and fellow theater student Michele Boulet.] 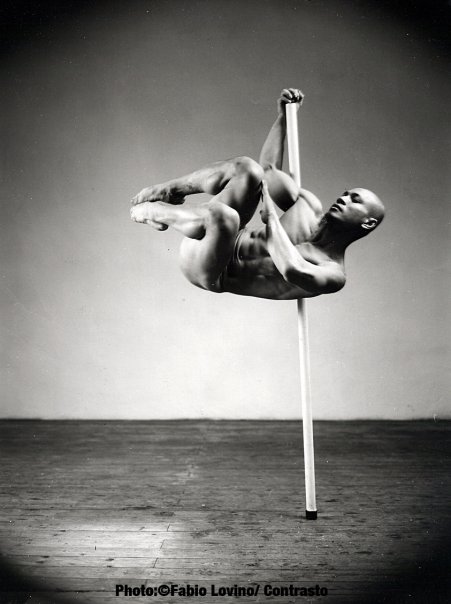 Once upon a time at a university in southwestern Louisiana there was a young man named Pi. He came from a far away place called Laos with his family to make a new life in America. In a beautiful Spanish town on the Bayou Teche the Keohavong family settled and prospered. The son went to USL, where he met a bunch of crazy-fun theater people who fell in love with him. How could they not? Pi was kind, smart, funny, handsome and a very hard worker. He was the kind of person you wanted/needed on your crew, someone you could trust and rely upon. This Laotian-American Berry Boy wanted to learn the art of technical theatre. Acting wasn’t his thing; he liked to use his hands to build the sets and light the stage, and he was very good at it.

Then came the dancing class requirement — we all had to take the basic dance classes — ballet, jazz and modern. So Pi put on some tights and showed up for work. Under the tutelage of his excellent and tough teachers a performer was discovered; this small, strong and fit young man was a natural. He could leap and soar and stop on a dime. Pi flowed like water and writhed like a hurricane. He had a natural athleticism, grace of form and masculine power that was innate and unstoppable. The pleasure of the dance filled his soul, winning him a scholarship to the Erick Hawkins Troupe in New York City and, as they say, a star was born.

I asked his long time friend, Stacey Simon, a New Iberia resident and ex-professional dancer at the Aspen Santa Fe Ballet, how our Pi fared in the big city and she told me, ”It was as a big change for him, but it was what he was meant to do — it was his calling, and he went into it full force.”

From the professional stage of Erick Hawkins to Philobolus Troupe to the last big gig with Momix, our Pi danced his derriere off — not literally, as he had one of the nicest gluteus maximi I have ever seen. The last time I talked to Pi was on the phone, when he was established and comfy in NYC. I called my friend whom I had not seen or talked to since 1993, and it was like old times, just catching up, sharing stories of our adventures in the professional performing arts, me just back from Seattle and he the most successful member of our USL family.

Somewhere along his travels our Pi met a special lady, and they fell in love, got married and made a home in a small village in Italy. This is where his funeral was, and from what I heard, it was packed. A couple of hundred people made their way to the village that Pi and Sylvia settled in to say their goodbyes. His passing was noticed and covered by the local media, and his new family mourned his death in the Old World. The testaments to Pi on his Facebook page are truly magnificent in both tone and variety. This guy was loved massively and intensely; he affected so many around the world. The impact of his so very well lived and loved life is a testament to a real life fairy tale. Who among us has touched so many? Please head over to the Facebook page for Amphaymany Keohavong for a fuller picture of our sweet, smart-ass, bad-ass Pi. He made us all so proud.

If I could ask Pi one last question, I think it would be something like, “What do you think is next? How do you feel about it?” And he might say, “I hope it is as full of love and fun and interesting times as this life has been to me.”