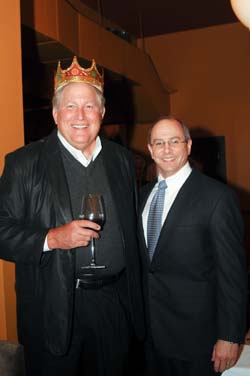 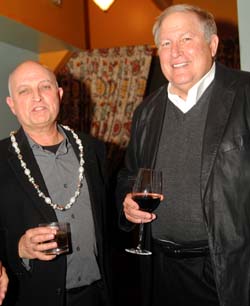 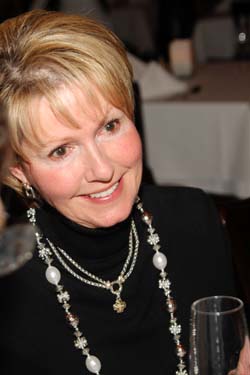 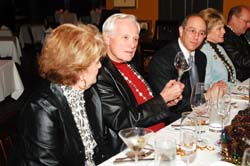 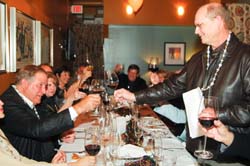 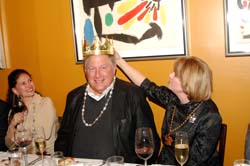 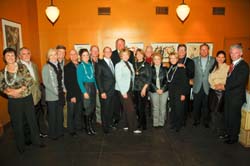 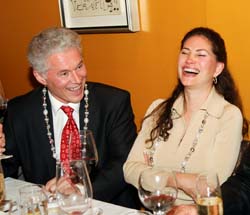 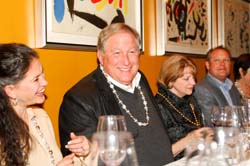 Tradition holds that Twelfth Night (Jan. 6) marks the end of the 12 days of Christmas and the beginning of the Mardi Gras season. Although few local krewes celebrate this transition of holidays (also known as The Night of the Epiphany), Party Girl has a solemn vow to self: either find a group of revelers to share a Twelfth Night toast or organize one. This year I was delighted to join a small gathering at The Village Café in River Ranch in honor of the 62nd king of Washington, D.C., Mardi Gras, Bill Fenstermaker, and his gracious wife, Ann. Turns out Jan. 6 is also King William’s birthday, which made for a festive gathering indeed. Following Mayor President Joey Durel’s proclamation prepared for the occasion, Bill held forth on plans for his weekend reign over The Mystic Krewe of Louisianians, who convene annually in our nation’s capital (coincidentally, this weekend). In lieu of any traditional gifts bestowed on the king, Bill has requested that donations be made to the Community Foundation of Acadiana. The chairman of this year’s ball, Congressman Charles Boustany, and his wife, Bridgett, enjoyed the chicken-and-sausage gumbo, Veuve Cliquot champagne and amaretto walnut king cake, along with the krewe’s senior lieutenant, Joe Broussard, and his wife, Linda, Ed and Roxanne Breaux, Linda and Clay Allen, Nan and Don Briggs, Brent Stolzenthaler, among others. The café was the perfect place for a Twelfth Night fête. Maybe Chef Jude Tauzin will make it an annual affair.

Although it was Penny Edwards’ fourth annual Christmas party, it was the first year Party Girl made the guest list, and hopefully it will not be the last! The vibrant yoga instructor (and wife of Marion Edwards) opened up her wonderfully festive Le Triomphe home to many of her students and friends, who sipped champagne and nibbled on caviar while waiting for the evening’s elegant musical performance. Sopranos Luddita Salama (one of Penny’s students) and Meagan Cameron joined young tenor Jace Fogleman (a close family friend) for a one-hour classical program of holiday selections from around the world. Both Luddita and Jace were celebrating CD releases (coincidentally, it was the same day Marion’s brother Edwin released his 631-page biography), and all three talented singers gave captivating performances. Bravo!