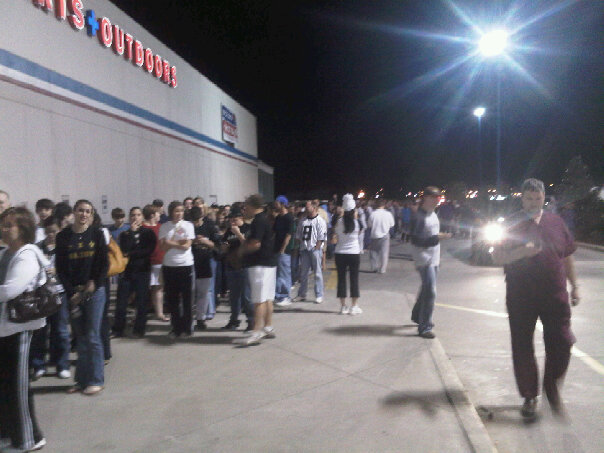 With the announcement that Academy Sports & Outdoors in Lafayette would be selling Saints-related NFC Championship merchandise after Sunday night's game, the parking lot of the store became the place to be after the Saints win over the Vikings in overtime. Shortly after the game-winning kick went through the posts, the parking lot of the sporting goods store flooded with people, revelers, and families — all of them of course Saints fans. 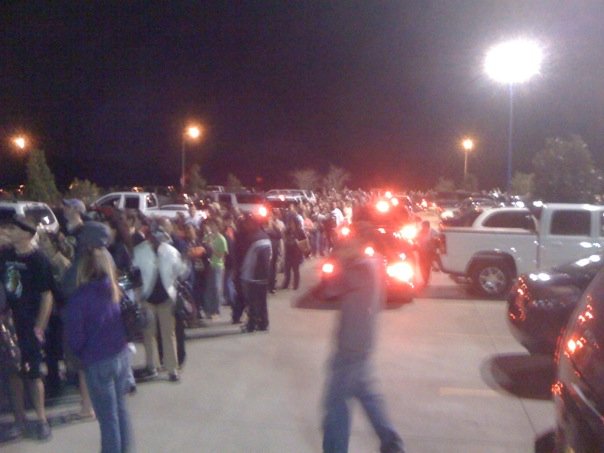 Many of them were there to buy NFC Championship T-shirts, hats, decals, and pennants. Other were just there to celebrate and commune with what has become the Who Dat Nation. “I was there from 9:30 p.m. to 11 p.m. It was like a party. There was a minimum of a thousand people there in the parking lot,” says Kathy Lowry, who drove to Academy after the game to buy a Saints NFC T-shirt. “I heard there were people there till 3 a.m. The line to get in the store went the length of the store and up to Ambassador.”

Lafayette police were on the scene to provide security as Saints fans hooted, hollered, and blasted music from their cars while circling the overcrowded parking lot. “It was such a festive feeling,” says Lowry. “Everybody was happy. It was an atmosphere that I’ve never experienced before.” 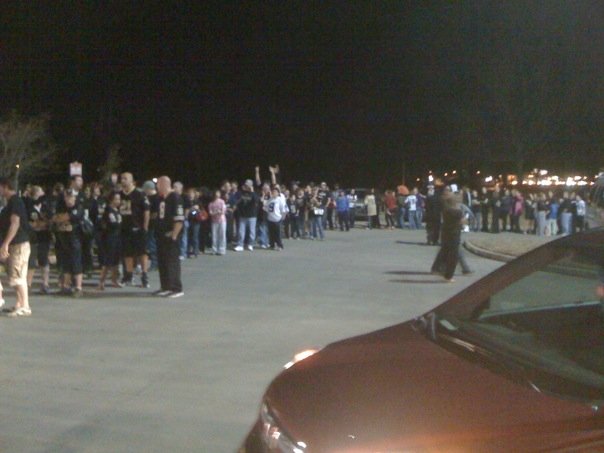