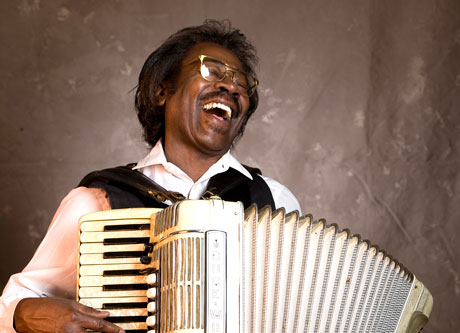 Unlike the New Orleans Saints in the NFL this year, Louisiana musicians did not dominate the 52nd Annual Grammy Awards; however, many Louisiana artists were up for nominations. Buckwheat Zydeco won in the Cajun/Zydeco category. CC Adcock, who was nominated for contributions to the True Blood soundtrack, got trumped by the Slumdog Millionaire juggernaut. Two New Orleans artists who did win Grammys for jazz music releases were Irvin Mayfield and Terence Blanchard. Mayfield’s New Orleans Jazz Orchestra won for best large jazz ensemble album of 2009. And fellow New Orleans trumpeter Blanchard won in the best improvised solo category. He was a featured player on Jeff “Tain” Watts’ 2009 album Watts.

These are the winners in the major categories at the 59th Annual Grammy Awards: