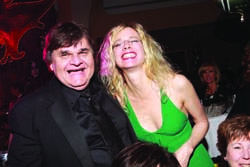 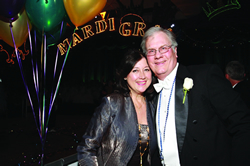 Will and Sandra Mills 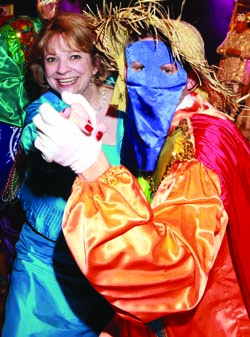 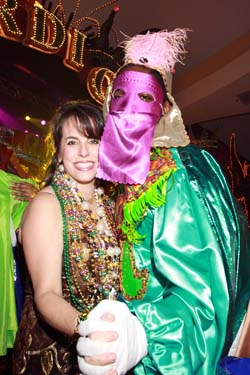 Ann Fenstermaker and a mystery reveler

Judy Mahtook and a mystery reveler 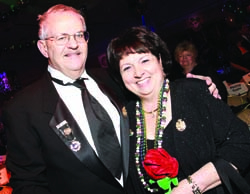 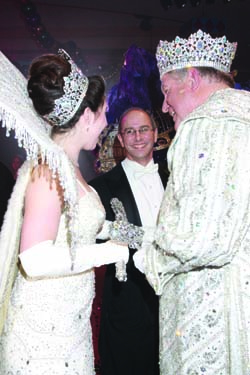 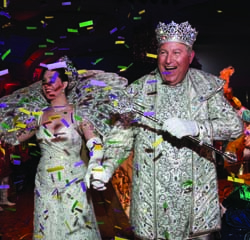 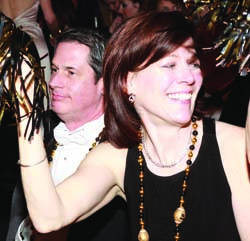 King Bill and Queen Dayna make their way through the crowds 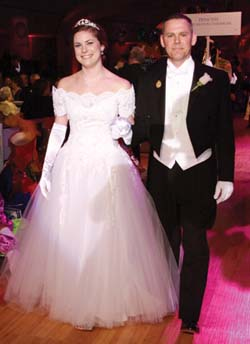 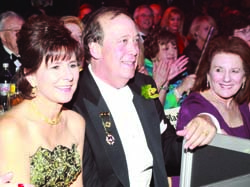 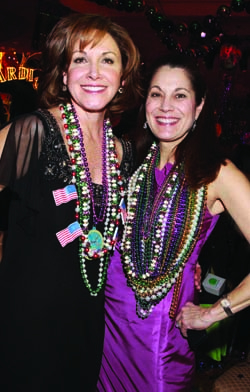 Energy-Louisiana Style was the theme of this year's Washington Mardi Gras, but as you might imagine, most of the energy was spent passing a grand time at the decades old celebration. Make no mistake, though, we did get the message out about Louisiana's role in the energy needs of the country - specifically the growing importance of clean-burning natural gas. Friday's economic development luncheon was followed by an energy roundtable with six oil and gas executives from Lafayette giving their views on the state of the industry and the direction of its future. Among those in attendance were Stone Energy's Dave Welch, Petroquest's Charles Goodson, Superior Energy Services' Ken Blanchard, Merlin Energy's Mark Miller, and Beta Land Services' Bryan Hanks and Marlin Energy's Gus Zepernick.

But enough for the business. The night before the luncheon thousands packed into the Washington Hilton's ballroom for one of the most popular events of the weekend: Louisiana Alive. Top chefs from the area cooked up tasty treats, as Louisiana musicians entertained the crowd.

The weekend belonged to King Bill Fenstermaker and his queen, Dayna Elizabeth Haynie. Both were chosen by this year's ball chairman, U.S. Rep. Charles Boustany, who attended all of the weekend's events with his wife, Bridget.