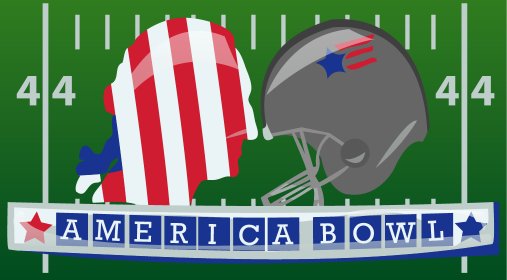 This just in: Peyton Manning and the Indianapolis Colts have toppled President George H. W. Bush to put the Super Bowls up 21-20 over the presidents with just three contests remaining. What is this madness? America's Bowl is the brainchild of sportswriter Don Steinberg (more on him here) which celebrates this year's historic alignment of Super Bowls and presidents — this weekend, Super Bowl XLIV (44) will be played during the 44th president's term — by pitting each president against his corresponding Super Bowl to find out once and for all which great American institution has been better throughout history. Gerald Ford, the 38th president, who as Steinberg sums up "pardoned Nixon, signed the Helsinki Accords to thaw the Cold War and lost his job to Jimmy Carter" or Super Bowl XXXVIII, a classic back and forth matchup between the Carolina Panthers and the New England Patriots (Ford never stood a chance). It's sports vs. politics, coach vs. commander-in-chief, The Gridiron vs. The West Wing, Madden vs. James Polk, Abe Lincoln vs. Joe Montana.

Each day on the blog americasbowl.net, Steinberg counts down to Super Bowl XLIV with another exciting matchup. It's going down to the wire. The Super Bowls now have a one-point edge over the presidents going into the final weekend. Next up: Clinton vs. the Giants helmet catch upset over the Patriots two years ago, George W. Bush vs. last year's Steelers-Cardinals thriller, and of course, President Barack Obama vs. what promises to be a classic matchup between the Colts and the Saints. Obama, and the presidents, appear to be out of their league here.