Artmosphere is located on the parade route on Johnston and Convent; therefore, you won't miss much of the action if you go there to hang out. 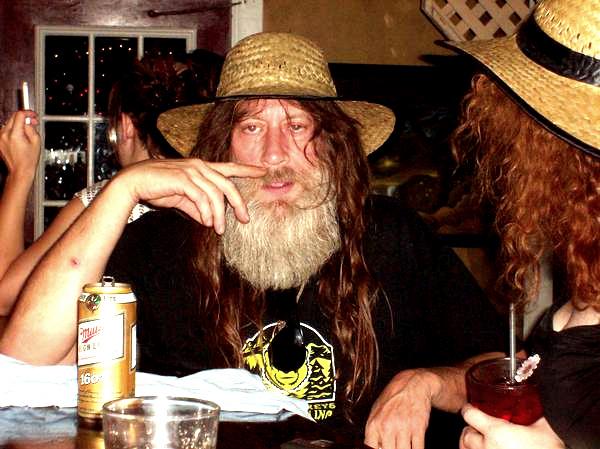 Due to an omission in this week's issue of our paper, Artmosphere's schedule of events and bands for the Mardi Gras week didn't make it into the grid. So to make it up to them, I'm blogging their entire week's schedule so nobody misses out on what they got going on during Mardi Gras.  Also, Artmosphere is located on the parade route on Johnston and Convent; therefore, you won't miss much of the action if you go there to hang out.

Tonight at Artmosphere:
Louisiana's Simon Lott and Kelly Keeling, both shooting stars in their own right, team up to play Artmosphere tonight, Feb. 11. Drummer Simon Lott played in the Charlie Hunter Trio in New York City before moving back to Louisiana and has performed with musicians like George Porter Jr., Nels Cline, and Alvin Batiste over the years. Born and raised in Lafayette, vocalist Kelly Keeling has explored every corner of the music industry imaginable, working with Ahmet Ertigan to guys like Roger Daltrey and Yngwie Malmsteen, the king croaker of shred guitar. Keeling made the rounds of the late '80s and '90s metal scene, producing records for Don Dokken among others, before doing a residency with the prog-rock, symphonic metal band Trans-Siberian Orchestra a favorite of shredheads around the world. Go check them out.