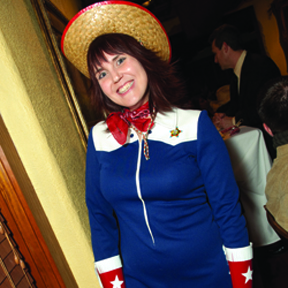 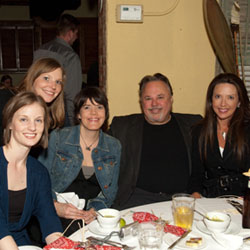 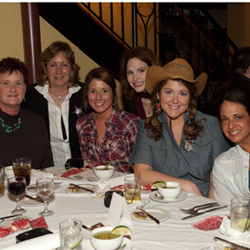 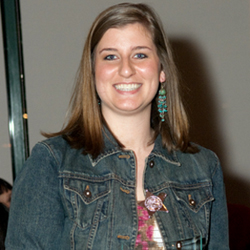 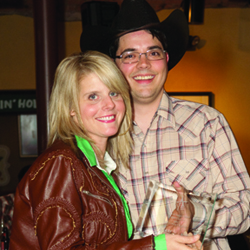 Jeff Lush, Electronic Producer of the Year,
and Ryan Petticrew

This year, the annual American Advertising Federation Acadiana ADDY Awards Competition (say that five times fast!) was held at Abacus. Celebrating the best local creative talent, this year's theme was "The Good, the Bad, and the ADDY: A Creative Showdown." Guests were encouraged to wear campy Western attire, so there were plenty of cowboy hats, boots and bandannas in the crowd. Some of the winners included Amanda Poehler, Best of Show-Student, Megan Barra Graphic Design, Best of Show-Print, and LushGraphics for Best of Show-Electronic. Denise Gallagher took home Art Director of the Year while Jeffrey Lush won Electronic Producer of the Year. But perhaps the best award came from the "YeeeHawww Contest," where attendees gave their best cowboy holler. Jesse Guidry of Acadiana Center for the Arts took home the bragging rights from that contest, with the best and loudest "Yee Haw!" of the night.