Quick Q&A with AAA Tattoo shop owner & artist Coby Cox.
AAA Tattoo in the Haus. Since Neolithic times, cavemen to Japanese Yakuza have inked their girlfriend's names on their arms. Tattoos have served as rites of passage, marks of status and rank, symbols of spiritual devotion, and decorations for bravery for thousands of years. Lafayette  tattoo artists Urban Bienvenu, Shane Blanco, Eric Brotherton, Terry Grow, Chad Norris, and Travis Turner (all employees of AAA Tattoos) invade this week's ArtWalk with a group show based on the history, tradition, and inspiration of tattoo as an art form. Each artist will showcase his individual style through custom tattoo artwork, paintings and sketches based on their interpretation of their profession as a historical tradition as well as explore each of their sources of inspiration that give birth to the growing art of tattooing in the 21st  century. Check out the Permanent Tradition exhibit at Gallery R (at The Russo Group) for ArtWalk on March 13 from 6-8 p.m. 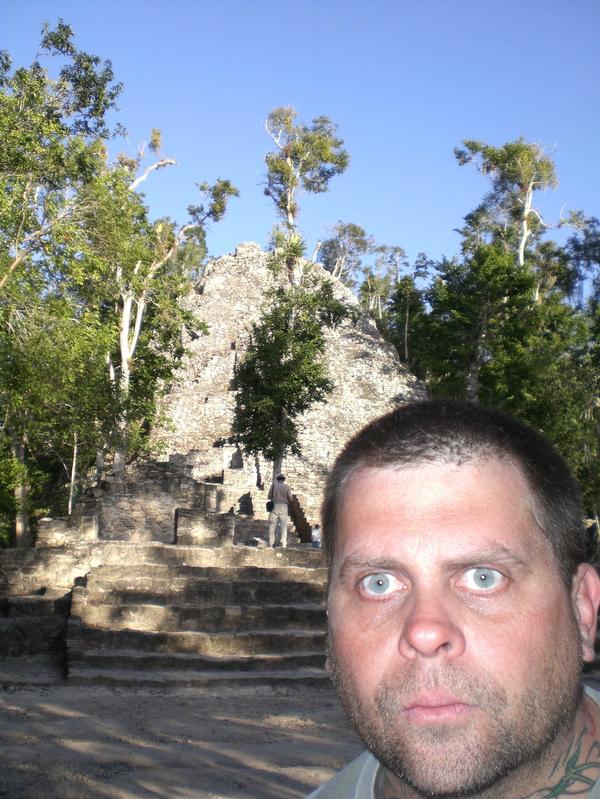 How long have you been a working tattoo artist?
15 years.

What other creative activities have you participated in?
Fishing and beer drinking and most anything related to art from jewelry making to oil painting. I was always creative and received my bachelor of fine arts degrees in painting and photography in 1995, the same year I opened my first tattoo shop.

What's the deal with the AAA show?
I've shown at the Russo Gallery R before as well as some of my friends. It's a great gallery, so when Stacey Grow approached me four months ago about doing a tattoo related show I did not hesitate.

How much does the average tattoo cost?
About 100 bucks.

What has been the most common tattoo besides a Fleur de Lis (or Saints related stuff) over the past year?
Right now names, crosses, and phrases but we are able to tattoo just about anything. We have seven artists working at the shop, all with distinct styles. So for instance, if a client wants a traditional Japanese tattoo they are directed to the artists in the shop who have more experience and prefer doing this style of tattooing.

Dumbest, strangest, or weirdest tattoo ever inked on a customer?
Tattooing is very personal so we try not to be too judgmental, but I would have to say the weirdest was a guy wanting a supernumerary or third nipple tattoo. We did it.

Hardest part of the body to tattoo?
Any area of the body that you think would be hard to tattoo usually is, but often it depends on the customer's skin. Everyone is built differently. Ribs and stomachs tend to be difficult due to the elasticity of the skin there.

Weirdest spot on the body that a customer has asked you to tattoo?
One time a gentleman was just released from prison and wanted a smiley face on the tip of his penis. I guess he wanted someone to have a nice day. We did not do it.

Have you ever had a customer in the middle of getting tattoo'd suddenly wimp out and say, "I changed my mind, bro. Stop!"
Very rarely, since getting a tattoo is so permanent and personal most customers are ready to get their tattoo no matter what and are willing to endure the mild discomfort associated with tattooing.

Biggest tattoo you've ever done on someone?
A back piece, some people enjoy big tattoos.

On average who does the most pain-related squealing while getting tattooed?
Women are by far tougher. Ironically, it's the big guys that tend to have a more difficult time getting ink, but everyone is different. I quit trying to predict an individual's pain tolerance.

Exempting drunks, have you ever refused a customer and why?
Yes, we refuse to do anything hate related or any design that will not translate well onto the skin or hold up over time. We are asked constantly to cover up a name with another name which just doesn't work.