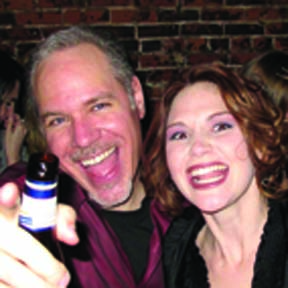 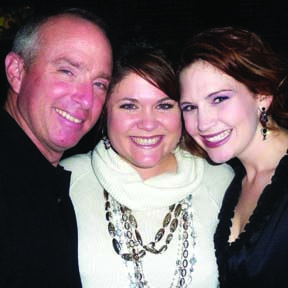 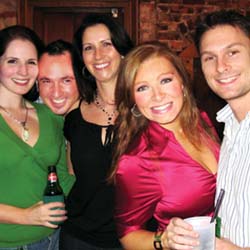 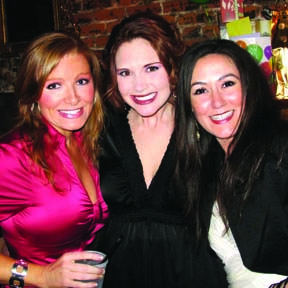 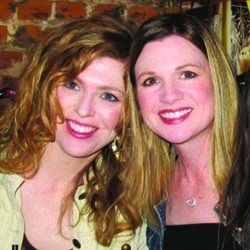 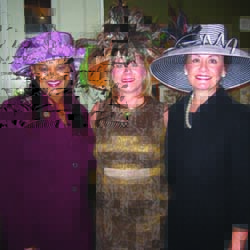 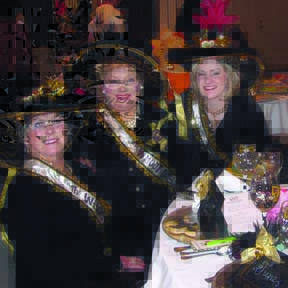 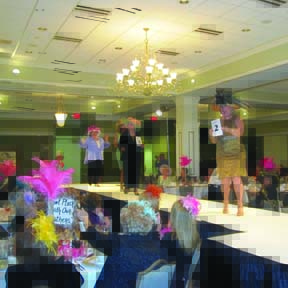 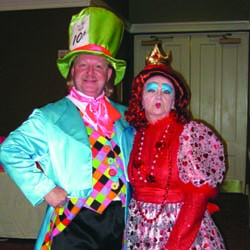 The ladies walk the runway for the Beautiful hat category 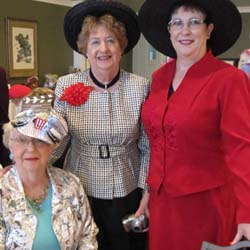 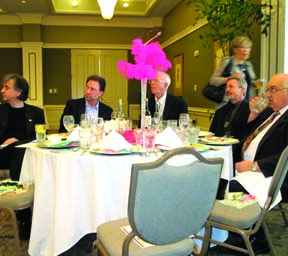 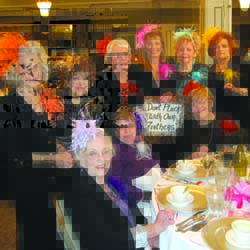 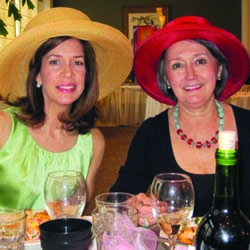 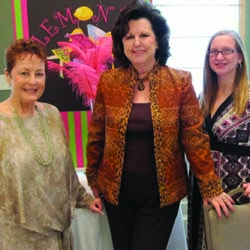 Katie Ferguson, Ms. Networking Princess herself, recently turned 30! However, Katie doesn't just celebrate for a day or a weekend; she celebrates her birthday all month, giving Party Girl a great excuse to live it up a time or two. By far the best, and biggest, bash was held at The Office downtown. Over 100 of her closest friends and family showed up to wish her a happy birthday. The theme song of the night was decided to be "I've Got a Feeling that Tonight's Gonna be a Good Night," but I must say that it is an understatement, because Katie's party was better than good. It was great!

Move over Johnny Depp. The best Mad Hatters this year were not up on the silver screen, but at City Club in River Ranch for one of Acadiana Symphony Orchestra's annual fundraisers, the Mad Hatter's Luncheon. Attendees donned their best chapeaus and were given the opportunity to participate in a Parade of Hats for bragging rights. Categories were Vintage, Beautiful, Original and Group and judged by the "Faithful Four" who have been with ASO 25 years: Tony Cutrera, Tonio Cutrera, Art Reidel and Mark Pritchard. Maestro Mariusz Smolij was also a judge. While the judges deliberated on which ladies would be the winners, there was a fashion show by Lemon Drop Boutique that featured gorgeous dresses and suits, and even a fairy tale-worthy wedding dress. There were also numerous silent auction items to bid on and plenty of raffle prizes that included gorgeous earrings from Paul's Jewelry and a lunch for 12 at à la carte.