An integral part of the local arts community and a founding member of the Artists Alliance, Kent Hutslar died early Saturday morning at University Medical Center. 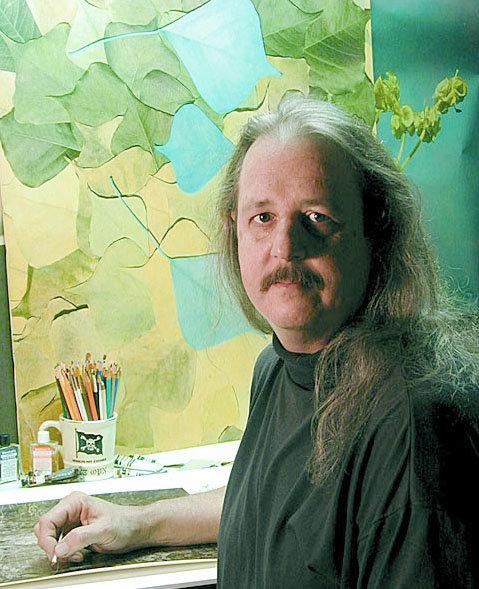 Lafayette photographer Kent Hutslar has died. An integral part of the local arts community and a founding member of the Artists Alliance, Kent passed away early Saturday morning at University Medical Center. His cause of death was pneumonia. He had been hospitalized since Sunday, March 21.

"If there's anything lucky for me in this, it's that it happened the way it did because if he had been killed in a car wreck or dropped dead of a stroke or something like that, it would have been horrifying for me - not that it wasn't horrifying - but, you know, you get real with yourself," says Kent's wife, Gwyn, sounding remarkably composed Monday morning. "I was sitting there talking to him and holding his hand the whole time. It was very peaceful and very quiet, and he just finally got to go to sleep. He needed to rest, so now he's getting his rest." Gwyn adds that the outpouring of grief and well wishes from family and from Kent's many friends and admirers has sustained her over the last few days. "I've had so many people tell me, I don't know what I'm going to do when I go to ArtWalk and I don't see him standing over there in the corner with his beret on.'"

Kent had a long history of liver disease after contracting hepatitis while working as an industrial nurse in the oil patch in the early 1980s. In 2008 he underwent a complicated procedure to receive a transjugular intrahepatic portosystemic shunt - designed to hold over liver patients until they receive a transplant. Kent was on a transplant waiting list at the time of his death. He had been admitted into UMC with a fever and cough, which developed into pneumonia over the course of the week. Last Thursday night doctors placed Kent in a medically induced coma and even then hoped he could be stabilized. By Friday, hopes of Kent's recovery began to dim. Gwyn was at his side during the final days of his life in the intensive care unit.

Born Feb. 15, 1951, in New Orleans, Kent Hutslar moved with his family to New Iberia when he was 7 years old. He graduated from New Iberia Senior High in 1969 and earned a nursing certificate from the Charity Hospital School of Nursing in New Orleans and furthered his nurse training through a four-year stint as an Air Force flight medic stateside during the closing years of the Vietnam War. Kent spent another eight years in the Air Force reserve while working as an industrial nurse in the Acadiana oil patch.

In 1983 he turned his lifelong interest in photography into a career, going to work for himself as a corporate industrial photographer, mainly for the oil industry. But Kent's talents were wide ranging, from traditional 35 mm photography and hand-tinting film to digital photography. Many know him through the captivating black and white photos of musicians that long graced the walls at Grant Street Dancehall, and his credits include several notable album covers for which he served as both photographer and designer. But Kent remained a professional photographer on retainer with commercial entities until the end, working most recently for designer Michael Henry. His love of music also kept him close to the action, booking bands for the Sunday brunches at Blue Dog Café.

"Kent was always an encyclopedia of photographic knowledge and absolutely loved to talk shop with other photographers," says fellow Lafayette photographer Travis Gauthier, who as a fresh-faced kid out of art school in the mid 1990s was encouraged by Kent to pursue his craft. "The first time I had a print accepted into the Southern Open exhibition," Gauthier recalls, "at the opening I talked about my print with many people, but it wasn't until Kent said he liked it that I truly thought of it as a success, because I respected his opinion over any other."

"He was such a kind and generous man," says photographer Robin May, an Independent staff member. "He helped me on many an occasion when I was under deadline for some project or another, taking my numerous phone calls, giving me tips and advice until late at night. He never let on once how obviously annoying I was. I will miss him."

"In three words," adds Philip Gould, "Kent was there. Whatever was happening, be it Clifton, Zach, Dickie Landry, festivals and other momentous occasions, you name
it, Kent was photographing. His documentary contribution to Lafayette and the culture here was pervasive. He, his work and signature beret will be missed by all of us who photographed with him."

A memorial service for Kent Hutslar will take place at the Acadiana Center for the Arts in the next few weeks; details are still being arranged. In the meantime, a PayPal account has been established by friends to help Gwyn cover the staggering expense of Kent's illness; simply designate [email protected] as the beneficiary and make a donation using a credit card.

Gwyn remains surrounded by family and friends at the home she and Kent shared in Lafayette. They were married on New Year's Eve 1986, each bringing three children to the union to form what Gwyn calls "the Lafayette Brady Bunch."