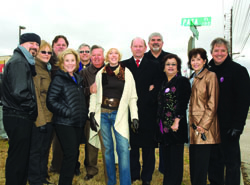 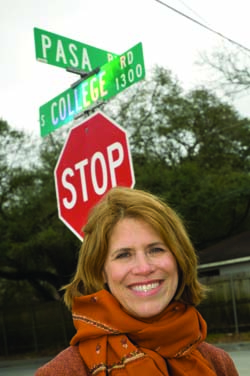 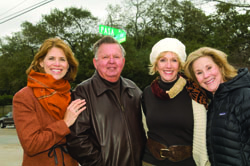 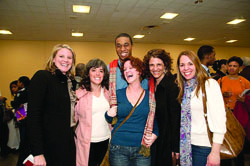 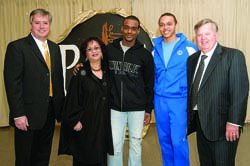 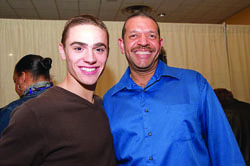 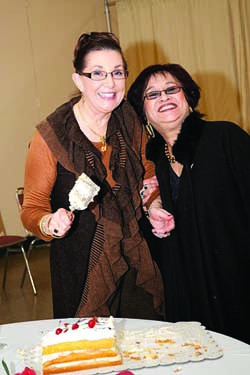 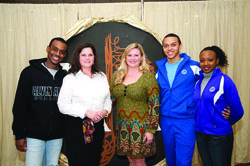 The Performing Arts Society of Acadiana is 20 years young this year, and has been celebrating all over the place! Did you know that PASA now has its own street? It's true. Recently, City-Parish President Joey Durel and several invited guests, including Community Development Director Ben Berthelot, longtime PASA supporters and the PASA staff and board, came out for the official renaming of Auditorium Drive (which runs alongside the Heymann Performing Arts Center) to PASA Place. It is a fitting change, as a huge part of the organization's programming takes place at the Heymann Center, and over the years it has presented some of the best and brightest superstars in the world of performing arts. After the brief ceremony, guests enjoyed a reception under a large tent onsite.

As if getting its own street were not exciting enough, PASA also held a 20th anniversary celebration. After its gala presentation of Alvin Ailey American Dance Theater it hosted a champagne and cake reception. The party was at the Frem Boustany Convention Center and was open to the audience of the AAADT show; all they needed was their tickets. In addition to the delighted audience that night, PASA board, staff and company members from AAADT attended. Several local bakeries donated cakes designed in celebration of the anniversary. There was lots of cake, lots of dancers, and most important lots of fun. PASA is nearing the end of the 20th season, with Rockapella on April 13 as the last show, so make sure you check it out.