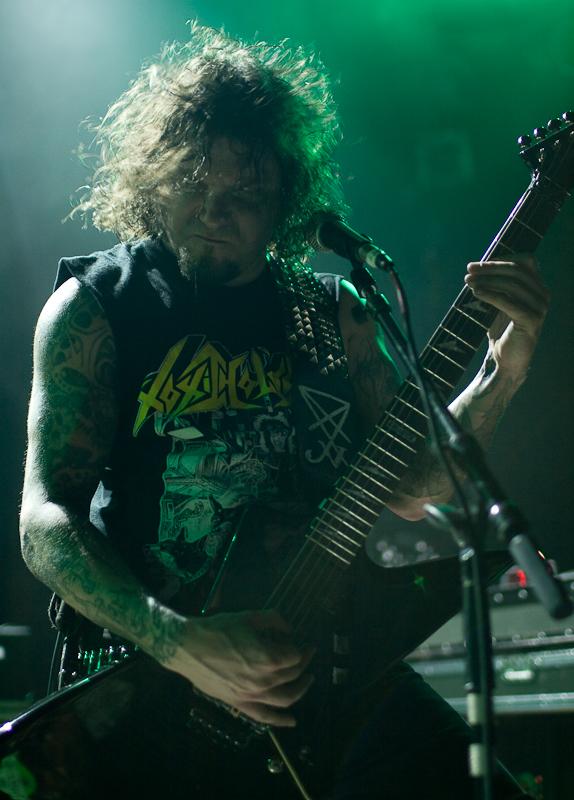 Hark! The foul cry of the crow's beak squawks a forlorn message. Metal, metal. Talking metal, dude. Easy listening enthusiasts, adult alternative sleezers, and Kenny G fans might want to skip this one. It happens once every five years or so: The Gods of Thunder choose Lafayette as a destination worthy of an ignominious reign of steel. Neurosis in 95. Mastodon around 2004. Down and Lamb of God within the past few years.

In this case, the metal would be Goatwhore American blackened death metal, one of the darkest and least pious subgenres of the lot. These ain't church boys, mommy. And they don't shop in River Ranch. You know you love it! Goatwhore is guitarist Sammy Duet's blackened metal baby. Formed it the wake of Acid Bath's untimely demise at a time when  Acid Bath was well on its way to redefining underground metal with their own psychedelic, Southern gothic sludge strangeness Goatwhore took the darkest, heaviest, and most evil elements of AB and forged it into a gargantuan leviathan of black metal extremeness.

With Soilent Green vocalist Ben Falgoust at the helm, the band charged through the last decade releasing four killer records that further charred the environs of underground metal. Their latest release, Carving out the Eyes of God, rolls it back a notch, focusing on tight songs and swarming with deadly riffage. Goatwhore plays Sadie's on April 1 with The Blessed, Black Feratu, and Psychometry opening. Admission is $10.