Former Gov. Edwin Edwins capped a three-day furlough with a bowl of gumbo at Pat's Fisherman Wharf in Henderson this week. 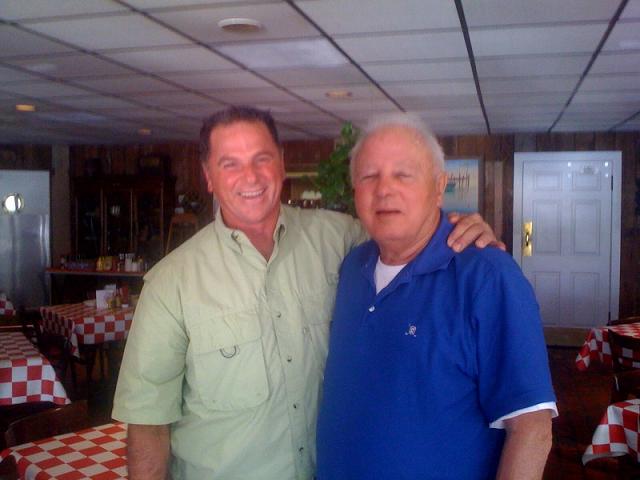 Former Gov. Edwin Edwins capped a three-day furlough with a bowl of gumbo at Pat's Fisherman Wharf in Henderson this week. According to The Advocate, the governor spent at least part of the furlough from the Oakdale Correctional Facility at an RV campground in Port Allen across the Mississippi River from Baton Rouge where he served four terms as governor.

The Advertiser reports that during his respite from incarceration Edwards had seafood gumbo and fraternized with old friends at Pat's, including Pat's owner and former Henderson mayor Pat Huval. Also at the gathering was longtime EWE confederate B.I. Moody, owner of Louisiana State Newspapers, which publishes The Crowley Post-Signal and several other small-town newspapers, as well as Edwards' brother, Marion, and other family members.

Edwards is nearing the end of a 10-year federal racketeering sentence. He is expected to be released to a halfway house sometime later this year and to complete his sentence in early 2011.

The photo of Edwards at Pat's was obtained by The Independent from an e-mail exchanged among several people including some current and former Louisiana elected officials.