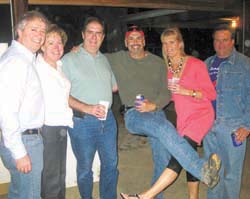 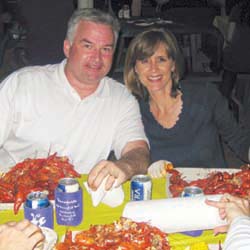 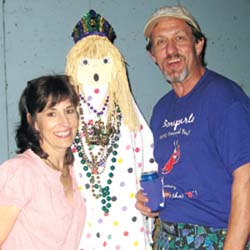 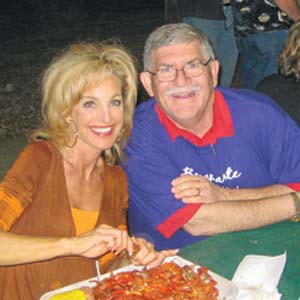 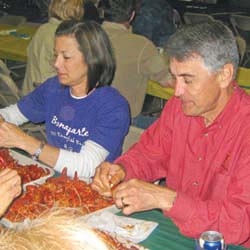 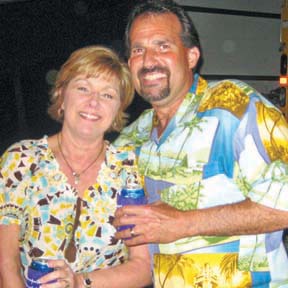 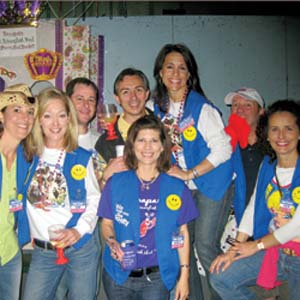 Party Girl had a wicked time at the Krewe of Bonaparte's "Krewefish Boil" at Acadian Village. Not only was there a ton of boiled crawfish and shrimp pasta, but for those who couldn't eat seafood (like myself) there was also an excellent buffet, meat pies, chicken wrapped in bacon, spinach dip and melt in your mouth lemon squares. There was also a very plentiful supply of tasty beverages to go along with the grub. I tried the Mardi Gras bead toss game but lost, of course, to these parade pros. Towell Productions provided the music that kept everyone shaking a leg. This was the last party for Bonaparte in this Mardi Gras Season. Party Girl is sad to see it all come to an end.