To help Lafayette celebrate the first round of the NFL draft, Saints tight end Jeremy Shockey will be a special guest Thursday night at Nitetown on Jefferson Street downtown. 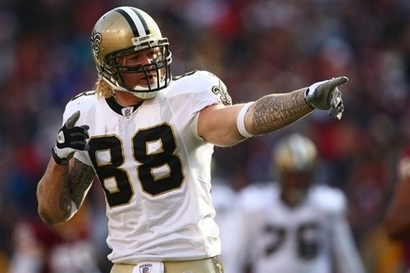 According to owner George Favaloro, the former Pro Bowl tight end and first-round draft pick will arrive at the club at 9 p.m. to mingle with guests, take pictures and sign autographs. Shockey will not, however, be seated at an autograph table; it's strictly casual.

The NFL draft will be televised live beginning Thursday night on ESPN and NFL Network. Because they won the Super Bowl, the Saints have the 32nd and final pick of round one; the team is expected to make it's selection around 10 p.m.

Attendees must be at least 18 years old to get into Nitetown.