Hopefully America's favorite quarterback will not join the others who fell to the 'Madden Curse.' 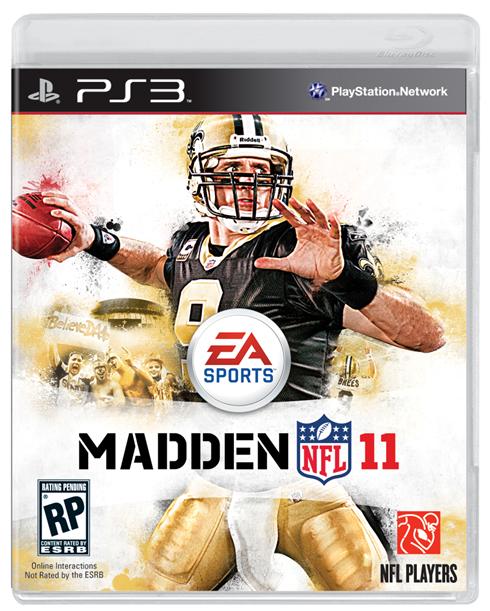 The superstitious among the Who Dat Nation are issuing a collective groan today after Super Bowl MVP New Orleans Saints quarterback Drew Brees was named cover boy for EA Sports' Madden 11 NFL video game. The cause of their apprehension: the Madden Curse.

Since 1999, when EA Sports began putting images of superlative players on the video game's cover instead of a picture of John Madden, a majority of those players featured on the cover underwent either a season-affecting injury or experienced a significant decline in their careers.

1999 - Running back Garrison Hearst appears on the Madden cover and fades from the NFL spotlight.
2002 - Quarterback Duante Culpepper sets the NFL record for fumbles, throws 23 interceptions and leads the Minnesota Vikings to a 5-11 record.
2003 - Running back Marshall Faulk begins the performance decline that ends with his 2005 retirement.
2005 - Linebacker Ray Lewis breaks his wrist in week 15 and also records his first season without an interception.
2006 - Quarterback Donovan McNabb blows out a knee and ends season early.
2007 - Running back Shaun Alexander misses six starts with a foot injury.
2008 - Quarterback Vince Young hurts his knee in game 1, is replaced by back-up Kerry Collins, and never regains the starting job during the 2008 season.
2009 - Quarterback Brett Favre admits after the season that a nagging torn biceps injury hampered his performance as the Jets slumped in the last third of the season.
2010 - Safety Troy Polumalu, who shared the cover with wide receiver Larry Fitzgerald, misses half the season with separate knee injuries.

Unlike years past when EA executives chose the cover model, this year fans voted for their choice. For more on Brees' selection, read the story at ESPN's Web site.