The producers of the acclaimed HBO drama will be in Breaux Bridge Friday to film a scene for the New Orleans-based series. 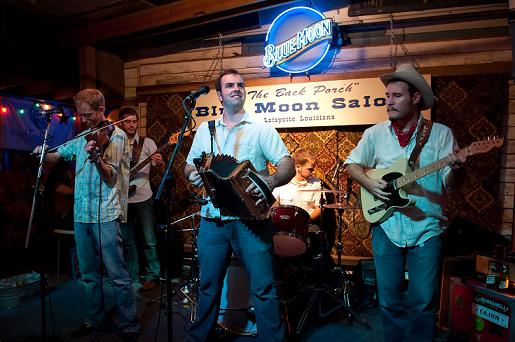 The producers of the acclaimed HBO drama Tremé will be in Breaux Bridge Friday to film a scene for the New Orleans-based series. The scene will center around a performance by The Pine Leaf Boys, one of Acadiana's most popular up-and-coming Cajun bands.

"They wanted to film at Jazz Fest," says Pine Leaf Boys accordion player Wilson Savoy, "but Jazz Fest has real strict regulations about filming and they weren't allowed to do it there, so I told them that we're playing at Crawfish Fest, and they said they'd bring their crew out on the Friday night, believe it or not, all the way to Breaux Bridge and film us there."

The band will be joined on stage by musican/actor Lucia Micarelli as part of the continuation of a story thread from the series; Savoy and Creole band leader Cedric Watson appear in episode No. 7 of Tremé with Micarelli, who plays an aspiring fiddle player trying to transition from busking in Jackson Square to becoming a part of the established New Orleans music scene.

Savoy says he and Watson filmed a scene last month in New Orleans in which Micarelli's character gets a fiddle lesson from Watson's character. In the scene to be filmed Friday at the Crawfish Festival, Micarelli's character has won a fiddle contest; the prize is appearing on stage with The Pine Leaf Boys. Watson believes the Crawfish Festival will serve as a generic south Louisiana festival, although the producers may present it as Jazz Fest. The performance is also expected to be available as part of a Tremé iTunes package. The Pine Leaf Boys also filmed a scene for Tremé at Tipitina's. Episode No. 7 is expected to air in May.

"It's great for us, and it's a great experience, once again," Savoy adds. "The Tremé thing has been really fun for us to work with."