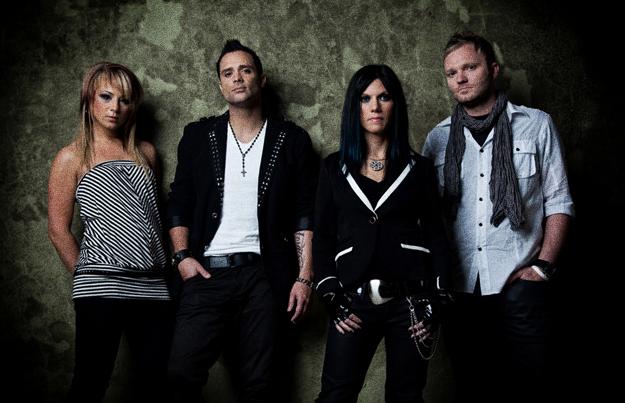 Rocking ain't just for the devil, buster. Christians like to do it, too. While all stripe of rabid and horny heathenish hellfire boys have cultivated the flame of heavy metal and hard rock for the past three or four decades - owning it like mad Vikings, celebrating at the top of Black Death Mountain, shooting up, smoking out, and drinking down - Christians have been quietly noodling away, looking for a way into the Stone Castle of rock & roll. Sometimes they get in (Creed), but end up addicted to the Reaper's seeds and rolling around the muck-caked floors of the slaughter house.

It's a tricky ride if you want to rock and roll. You have to write good tunes, play shows, and watch out for the Dirt County Sleazers - because they'll put you into jail!

It looks like the Tennessee modern rock band Skillet is the latest of the Christian kind to climb the frosted summit of the pop charts. Over the past 13 years, Skillet has played hard rock, industrial rock, and symphonic rock - wisely forgoing the glockenspiel metal trend of 2006-06. As of March 2010 they have sold 1.6 million albums worldwide. People like this stuff. And they will pay to see it. Skillet plays the Cajundome on April 29.