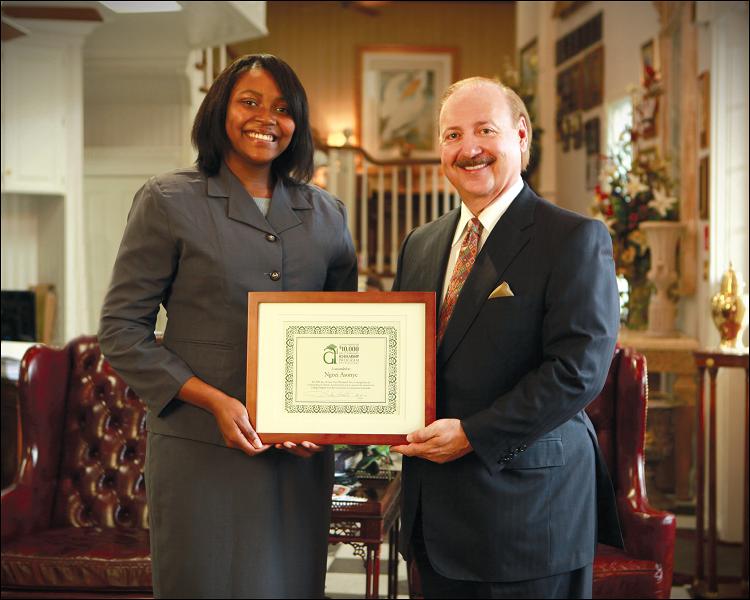 Asonye's reception of the scholarship was announced this week.

Hoping to enter medical school after graduation, Asonye heard about the competitive process for awarding the scholarship through a book bag giveaway sponsored by Armentor's law firm. The Lafayette attorney, one of 10 children who grew up in an impoverished family and went on to become one of the most successful lawyers in the South, established the scholarship to recognize those who gave him guidance and support as a young man. The scholarship committee that chose Asonye as the recipient comprises representatives of Lafayette government, media, UL and other community agencies.

Armentor plans to offer two Pay-it-Forward scholarships next year to high-achieving students from low-income families, and to offer eight such scholarships annually within three years.