The Governor's Office of Homeland Security & Emergency Preparedness (GOHSEP) released its most recent photos documenting the encroaching oil spill this morning. Shoreline Cleanup and Assessment Teams inspecting Fourchon beach yesterday found it littered with tar balls, some up to eight inches in diameter, according to the press release. SCAT teams are made up of representatives of federal and state agencies, including Louisiana's Department of Wildlife and Fisheries and Department of Environmental Quality. LDWF biologists documented approximately 25 nickel sized tar balls per square foot from the southwestern end of Fourchon beach to the midpoint of the beach. One biologist documented more than a dozen tar balls on the far western end of Elmer's Island.

Biologists also reported finding an oiled brown yesterday on the rocks along Bayou Rigaud, across from Sand Dollar Marina. The pelican was brought to veterinarians for rehabilitation. Thus far, a total of twenty birds have been found streaked with oil. The birds are being delivered to Fort Jackson, where they are cleaned and rehabilitated. Five of these birds were oiled and needed treatment and two have been cleaned and are being rehabilitated, including one brown pelican and one green heron. The center has released two birds so far - one Northern Gannet and one Brown Pelican. 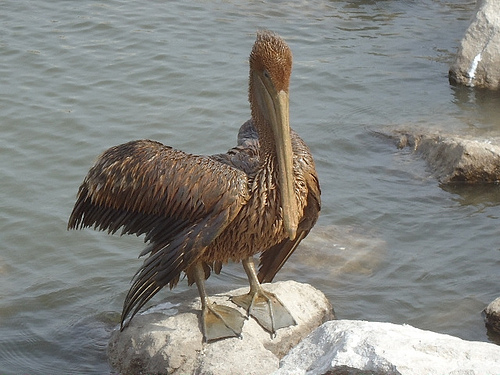 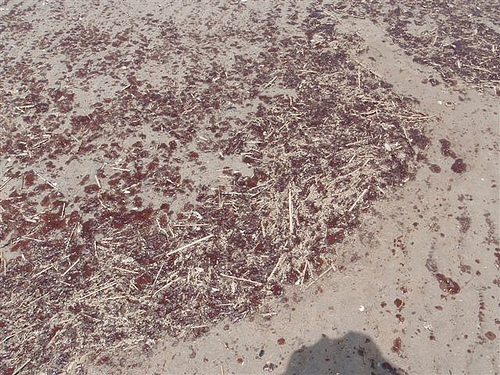