Does the arrival this far west signal an assault by the oil slick?

Unsettling results of tests on tar balls discovered by beach combers on Marsh Island and at Chenier au Tigre confirm the balls are from the BP Deepwater Horizon source, says Mark Shirley, an LSU Ag Center agent based in Abbeville. The state departments of Wildlife & Fisheries and Health & Hospitals closed the area off Vermilion Parish for a second time on Wednesday as a precaution. Waters off Marsh Island and Chenier au Tigre to the west on mainland Vermilion Parish were originally closed last week, then re-opened for nearly a week.

Shirley calls the confirmation of the tar balls' origin a head scratcher: "Obviously it's a big oil spill, but it's way over southeast of us, 170 miles away," he says. "But how those tar balls got over here? In the aerial surveys they do every day and reports they send out, I don't think we've had sheens or big oil slicks drift this far west. So, how did tar balls get way over here? Is that something on the surface, or was it subsurface? I don't know. I don't know the answer to all that."

While the arrival of tar balls this far west is troubling, it doesn't mean the waters surrounding Marsh Island or Vermilion Bay itself are contaminated. "It doesn't seem to be in a concentration that will affect crabs and fish or whatever," Shirley adds. "But since it's present, that's the standpoint of Wildlife and Fisheries and the Department of Health, they're going to air on the side of caution and close it down." 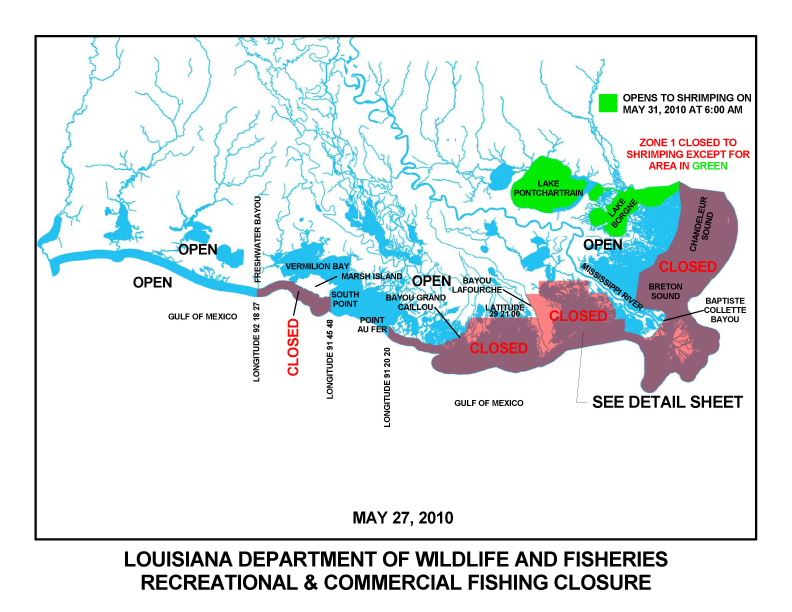