Elivs tribute artist Donnie Edwards plays the Grand Opera House of the South. It's got to be a weird scene, being an Elvis impersonator (or uh, "tribute artist") scraps of peanut butter, banana and bacon sandwiches everywhere, framed photos of Richard Nixon in piles of broken glass, the Memphis "tribute artist" Mafia going insane, drunk in TRON helmets and juggling electric snakes. It must get wild. Yeah! Yee-haw! Treat me like a fool! I could get into a scene like that. Donny Edwards according to his press release is considered "the #1 Elvis Tribute artist in the WORLD." He's coming to Crowley with Elvis's original drummer for 14 years, DJ Fontana. He's a Louisiana native who began his career with Elvis at the Louisiana Hayride in 1954. He'll be joining Donnie and the fantastically astonishing Fever band. Sundance Head will open the show. Be at the Grand Opera House in Crowley on July 10. 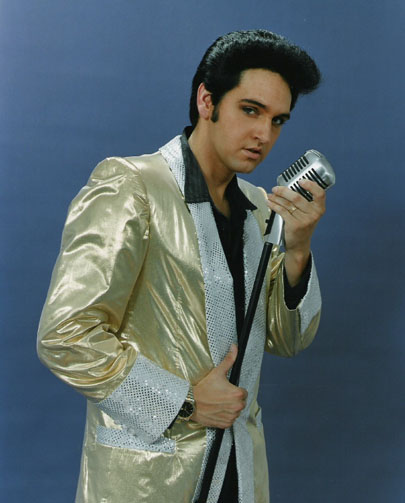