A distinguished coastal scientist, Dr. Robert Twilley, has been named the new vice president for research at UL, pending approval by the University of Louisiana System. 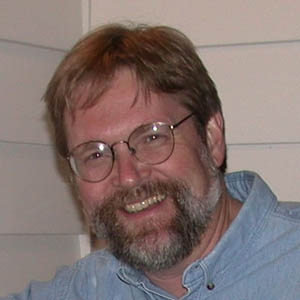 A distinguished coastal scientist, Dr. Robert Twilley, has been named as the new vice president for research at UL, pending approval by the University of Louisiana System. Twilley is currently the director of the LSU Wetland Biogeochemistry Institute and Department of Oceanography and Coastal Sciences. His area of expertise is wetland ecology and rehabilitating damaged wetlands. He has also studied climate change extensively and its effect on states along the Gulf of Mexico.

Twilley returns to UL, where he began his career in 1986 as an assistant professor in the biology department. He served as a professor in the department beginning in 1995 and was director and founder of UL Lafayette's Center for Ecology and Environmental Technology from 1999 through 2004. In 2000, he was recognized with the UL Foundation's Distinguished Professor Award.

In a letter from UL President Joseph Savoie announcing the hire, Savoie writes that Twilley "is a respected scholar and scientist who also has extensive administrative experience. I'm confident that Dr. Twilley will be a strong leader who will help UL Lafayette continue its development as one of the Top 100 public research universities in the nation."