Five months after The Independent Weekly broke the story of the federal investigation of Assistant District Attorney J. Floyd Johnson, the U.S. attorney's office is charging the local prosecutor with tax evasion. Johnson has not filed tax returns since at least 2003 and through 2008.

Five months after The Independent Weekly broke the story of the federal investigation of Assistant District Attorney J. Floyd Johnson, U.S. Attorney Stephanie Finley announced in a bill of information that the local prosecutor is being charged with a single count of tax evasion. Johnson has not filed tax returns since at least 2003 and through 2008, where he earned money as an assistant DA in the 15th Judicial District and in his private law practice, according to Tuesday's BOI. 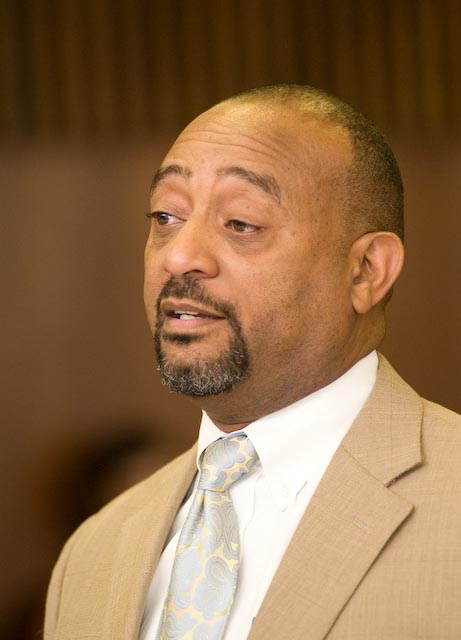 The BOI is not the first time Johnson, who has been employed as a district prosecutor since 1995, has found himself on the wrong side of the law. The prosecutor, whose primary role is taking on drug offenders as head of the Zoned Area Prosecution program (created by the DA's office to target street level and neighborhood drug dealers), apparently doesn't think the law applies to him - and neither does his boss, DA Mike Harson. In mid-2005, the state Attorney General's office charged Johnson in a BOI with domestic abuse battery for allegedly abusing his wife, Lysandra, over a three-day period in May 2004. Johnson denied the allegations, despite that Lysandra was admitted to the hospital with swelling in her face and a red eye.

At the time, Johnson offered to resign, but Harson instead suspended him for two weeks and ordered him to undergo anger management counseling. Harson further dismissed the seriousness of the allegations, allowing Johnson to continue to prosecute domestic violence cases. Read more here.

Astonishingly, it appears that Johnson remains on the DA's payroll, according to a woman answering the phone at the office today and the BOI itself. Today's Advocate quotes Harson saying he has asked Johnson to resign.

Johnson, who faces a maximum penalty of five years in prison, did not return a message seeking comment on the tax evasion charge.

The BOI, which has all of the appearances of a plea bargain in the making, includes few details about the alleged illegal activities including how much Johnson owes in back taxes, but the accusations are disturbing nonetheless:

It is unclear why the U.S. attorney is charging Johnson with a single count when he did not file returns from 2003 to 2008 and the investigation involves multiple transactions and allegations Johnson lied to federal agents. The BOI accuses Johnson of:

The initial appearance and detention hearing on the matter has not yet been set before U.S. Magistrate Judge Patrick Hanna, according to the federal clerk's office. If Johnson plans to plead guilty, he could ask to go straight to District Judge Richard Haik. If he pleads guilty or is found guilty of felony tax evasion he will also likely face disbarment.

One former federal prosecutor did not mince words about whether Johnson is fit to be prosecuting crimes in the district. "He should have lost [his job] the first go-round," says the former prosecutor, who spoke to The Independent on condition of anonymity.