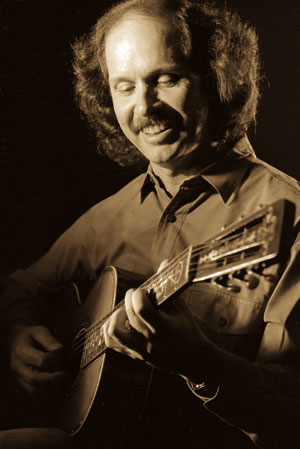 Occasionally life presents us with a challenge that takes a lot of hard work and dedication, but it's worth it because it's the right thing to do. The realization of the Dr. Tommy Comeaux Memorial Endowed Fund for Traditional Music at UL Lafayette is one of those special projects. And thanks to the incredible commitment of Tommy's many friends, medical and musical colleagues and fans ' both of his music and of the need for the study of indigenous music at UL ' the goal of raising $1 million to create a fund in his memory is within reach.

Tommy was a respected and compassionate physician, the head of pathology at Our Lady of Lourdes Regional Medical Center. In addition to being a man of science, he received four Grammy nominations as an accomplished musician, playing guitar, mandolin, dobro and bass with BeauSoleil. He also played with The Basin Brothers, Coteau and The Clickin' Chickens, with whom he performed for a fundraiser for The Artists Alliance the night before he died. A committed cyclist, Tommy was riding in rural Lafayette Parish early one morning in 1997 when a motorist suffered a seizure and crossed the road and struck him. Tommy was 45 years old.

In the nine years since, a committed group has raised almost $600,000 through a series of donations, special events and concerts, an amount that will be matched with $400,000 from a state fund. The annual Medicine Show series of concerts each year during the Christmas holidays and accompanying CD sales have provided the funding backbone. Nashville's premier dobro player, Jerry Douglas, has supported the cause in a big way, performing at a Comeaux fundraiser with Acadiana's world-renowned slide guitarist Sonny Landreth and, most recently, dedicating his solo set during the Alison Kraus concert in Lafayette to Tommy's memory. With only $120,000 left to go, an upcoming event titled Une Soiree des Etoiles (A Night of Stars) could perhaps bridge the gap.

Dr. Bradley and Mary Chastant will graciously host the event in their home on Saturday, May 20. In addition to wines provided by Marcello's and fabulous food provided by a dozen restaurants, including Charley G's, Blue Dog Café, iMonelli, Prejean's, Bella Figura and Ruth's Chris Steakhouse, some of Lafayette's finest musicians will perform throughout the evening. Roddie Romero and the Hub City Allstars will provide the backdrop for the grand finale with Michael Doucet, Landreth and other special guests sitting in. Tickets are $250 per person and sponsorship opportunities start at $1,000.

In addition to commemorating the life of a fine man, supporters of the fund will help pioneer the study of folk music at UL with an emphasis on Acadiana's unique musical genres. For more information, contact event chair Chef Patrick Mould at 983-0892.

Rick Frayard and William Capell of UBS and Tom Foard of Smith Barney have been named among the top financial advisors in the United States for 2006 by Research Magazine, and represent a third of those honored in the entire state of Louisiana. The magazine's advisory board, which is comprised of representatives from some of the biggest companies on Wall Street, recognizes advisors for their successful management of client assets as well as their activity in local organizations and charities. The trio will be honored along with other members of The Winner's Circle from around the country at an event in New York City in September.

Citing strong annual sales and exemplary community involvement, The Mall of Acadiana has named Lee Michaels Fine Jewelry as Retailer of the Year for 2006. In making the announcement, mall Marketing Director Angela Jacks listed The Junior League of Lafayette and The Boys and Girls Clubs of Acadiana among the non-profit organizations supported by the store. Lee Michaels recently expanded in the mall near Center Court, doubling its size.

On Sept. 11, 1944, U.S. Army Air Corps Lt. William Lewis, a graduate of SLI (now UL Lafayette) departed for a combat flight over Germany. Sometime during that mission, he vanished and was presumed dead, his disappearance a mystery. Decades later, the story captured the interest of Crowley native Kenneth Breaux, a retired naval officer who spent five years of his life researching the mission and the Lewis family's long pursuit of answers.

In his new book Courtesies of the Heart, Breaux details an investigation that takes place in three countries, by different groups of people, all of which eventually lead to a successful recovery and the solution to the mystery that spanned six decades. It involves a confidential file recently discovered in the archives of a U.S. military base in Germany, reports of the East German secret police, and the remarkable discovery of an old German man with a beautiful sense of honor. It details how the internet acted as a bridge and facilitator for the searchers as they attempted to piece the puzzle parts into a coherent whole. It is Breaux's first book and he will be signing and selling copies this Saturday at Pieces of Eight in The Oil Center from 11 a.m. to 3 p.m. The author, who is also a graduate of UL ' another tie to the subject of his story ' now lives in Houston, where he works in the consulting group for a major information technology company.