Locally penned gritty miniseries about a spree killer in New Orleans is on shelves now. As usual, Lafayette writer and artist Kody Chamberlain has been super busy as of late. His latest project is writing and drawing a full-color, 32-page, five-issue crime drama comic entitled SWEETS. The gritty miniseries follows a spree killer terrorizing New Orleans in the days preceding Hurricane Katrina. Published through Image Comics, a creator-owned graphic publishing house, SWEETS made it's debut in stores yesterday, July 14. 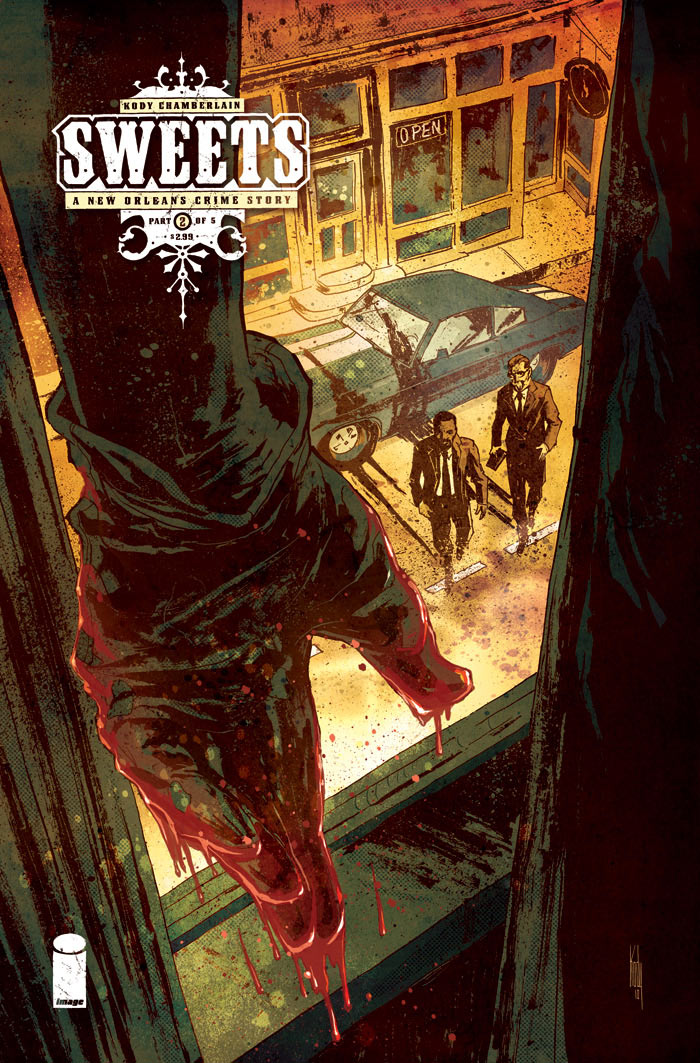 "New Orleans is a great town for crime comics. It's rich with culture, architecture and all the little details that rarely show through in comic books," says Chamberlain. "I've lived in South Louisiana all my life: I don't have to jump on Google to find tourist photos. The music is my music, and the slang is my slang. Hopefully, that shows through and makes the city come alive for the readers."

"Kody has one of the freshest perspectives I've seen in a while," says Image Publisher Eric Stephenson. "His artwork is fantastic, but he's a great writer as well, and Sweets is going to be the book to read."