We always knew that the paella at Pamplona was the best in Lafayette.

But the local tapas restaurant has just taken on the big boys in New Orleans and beaten them at their own paella game, bringing home a first place award for our Cajun-grown cooks. 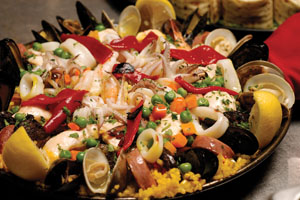 The cooking contest was held as part of New Orleans' San Fermin in Nueva Orleans Festival, which coincides with the original San Fermin (running of the bulls) in Pamplona, Spain. 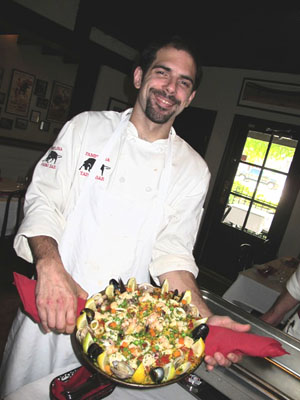 "I used Orlando's authentic Valenciana recipe," says Crosby, who combined shrimp, squid, mussels, clams, chicken and chorizo in the saffron yellow rice. Last night the restaurant celebrated to a packed house with a vat of paella and their signature white sangria. Ole!