Freetown Hounds play Grant Street tonight, July 22.
The Freetown Hounds bring their double barreled, Walpurgis grind to Grant Street Dancehall on July 22. Recently featured on Fuel TV's American Misfits, they'll be slamming through a set of slow-core, S.S. Hammerhead, beef burger strangeness that runs the gamut from deconstructed punk metal to bizarro theatricality. Rumor has it that The Hounds will be playing a version of the infamous "Robot Song" a freaky mix of rotund hardcore and absurdist Guerilla Theater. For that alone, this gig should not be missed. The southern groove The Botanist opens the show. Be there on July 22. 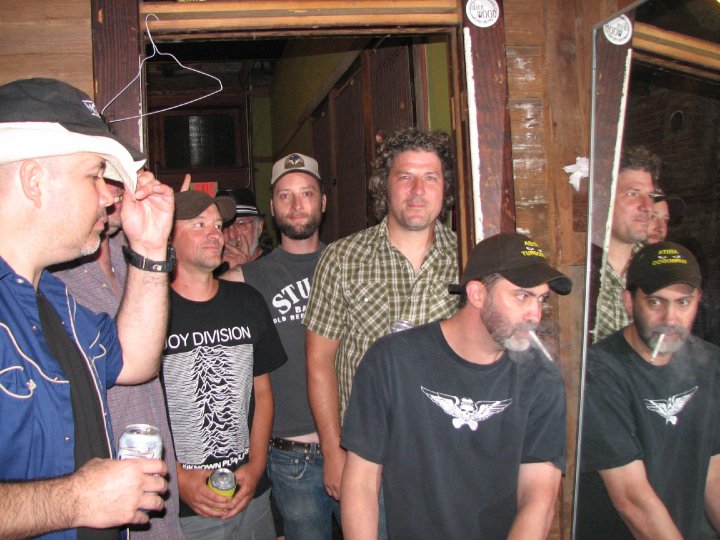 POSTHASTE WITH RICKY WILLIAMS OF THE FREETOWN HOUNDS

Not a lot of people know that Ricky Williams, frontman for The Freetown Hounds, is one of Lafayette's most notorious punks and pranksters. Growing up a teenage hardcore punk in the 80s, back when the scene numbered only in the dozens, Williams and his best friend local legend, skater, musician, and prankster Danny Hall (R.I.P) were two of the most notorious jokers to ever prowl the Lafayette streets, predating the antics of the Jackass crew by more than a decade. Tales of their exploits still make the rounds. 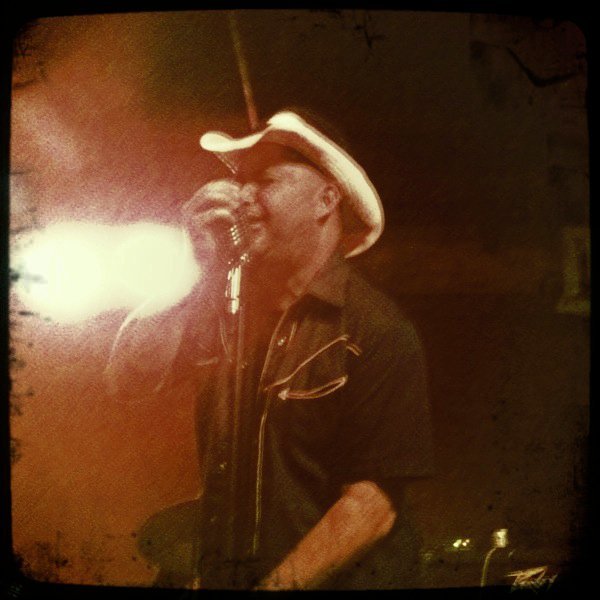 You and Danny Hall did some crazy stuff of the years. Gimmie three stories off the top of your head.

1. On a dare, we drove from Kona skate park in Jacksonville, Florida back. to Lafayette naked. Rolling nude down I-10 for 10 hours like some Sunday truckers on our way to a nude beach. 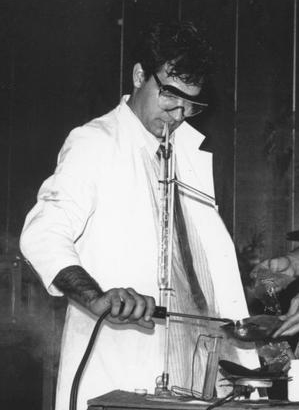 2. Went to the McKinley Strip early and stashed two Burger King meals in the water meter outside of Nite Caps. This was in 89 before Metropolis. We waited until 2 a.m. and when people stand around before going home. Danny and I walk up, pull the lid off the meter. Roaches running over the bag.  We eat the burgers in front of them, totally poker faced, no smiling or laughing.

3. We drove down the Strip on a Friday night, going 2 mph, with the song "Homosexual" by the Angry Samoans cranked at full volume, getting bad vibed by the jocks. We made the block and did it again with radio static turned all the way up - like when you've got it tuned between radio stations. We got some crazy looks from people.

Who were the old school punks you looked up to when growing up in the Lafayette punk scene? Chris Cart, Larry Sorehead, Cecil Doyle, Ron Stevens. We were the next generation: Wess Bennett, Chris Simon, George Brown, Mike O'Brian, Bernard Morris, and more. Not a lot of us back then. Way before punk was on TV or the web. The regional bands were Toxin III, Chaos Horde, Reality on Trial, No More Fun, Burnt Eclipse, Graveyard Rodeo, Shell Shock. 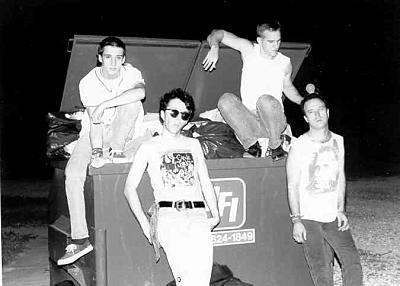 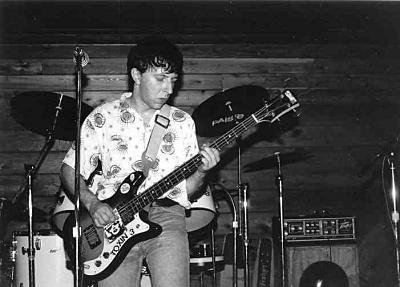 Tell me about seeing the Circle Jerks during their prime in the mid-80s? We were teenagers. The Circle Jerks played at a place called Jacy's in Baton Rouge. Keith Morris came out in a full upper-body brace, sat on a stool the whole show, and floored the place. One of the best shows I ever saw. Another good show was Shell Shock and The Chaos Horde in New Orleans with a surprise guest. We were skanking in the pit. People were throwing fire crackers and beer bottles. It was nuts. A huge chunk of glass got stuck in my hand. Then GBH came out and played. They were the special guest. It was pretty insane. 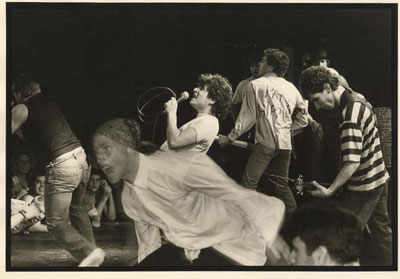 Tell me about seeing the Butthole Surfers at John's (old Lafayette club near Four Corners that hosted a handful of legendary punk shows). We saw some great shows there: Offenders, Die Kruzen, Black Flag. Just to name a few. It was a gay club with a large transvestite clientele. Strangely enough, the punks and transvestites got along Henry Rollins mentions John's in Get in the Van. Winter of '85. Only about 20 people showed. Before the Surfers went on stage, a large woman drank a whole bottle of cough syrup next to the microphone and out of nowhere grabbed the mic and screamed the longest, most high-pitched scream for about five minutes. Gibby freaked when he found out how little they were getting paid and proceeded to walk down the street stripping off his clothes, hollering, "What the f**k is going on? I don't know where I'm at! I don't know where I'm going!" It was the funniest thing we ever saw. I am sure he was on some hallucinogenic. 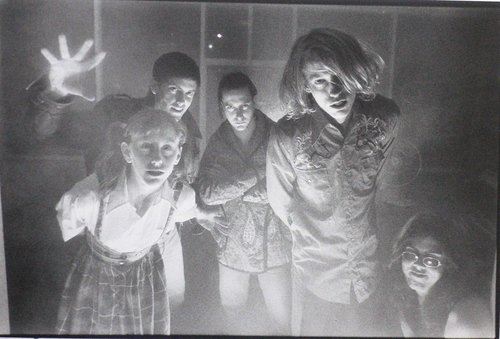 Tell me about seeing Black Flag at the Triangle Club in Scott in 86? Danny booked that show. The owner of the club wore a gun and holster on his belt like a sheriff from the Old West, keeping watch over this invasion of punk kids. During Black Flag's set, Danny was heckling Rollins a bit, in good fun, throwing ice around. Rollins looked right at Danny and said, "How would you like it if I put an ice-pick through your skull and told the cops it was an accident?!" We laughed about that for years. 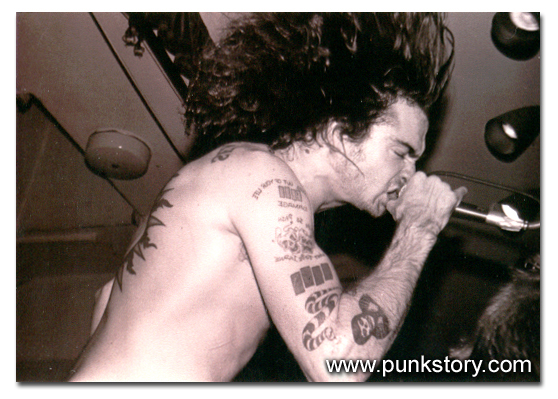 Your old band Otis played with Fugazi in '88 or so. How was Ian MacKaye? He was kind of standoff-ish and aggravated when anyone asked about Minor Threat. He only wanted to promote Fugazi and was really harsh to some fans. Otis was like this organic industrial band no keyboards or eyeliner. Just guitar, bass, and Danny's drum kit, which was made out of 55 gal. plastic barrels, giant metallic O-rings, a Kentwood water jug, and a grinder that would shoot sparks. He was going for different sounds. When MacKaye heard Otis play, he was kind of puzzled, but cool. 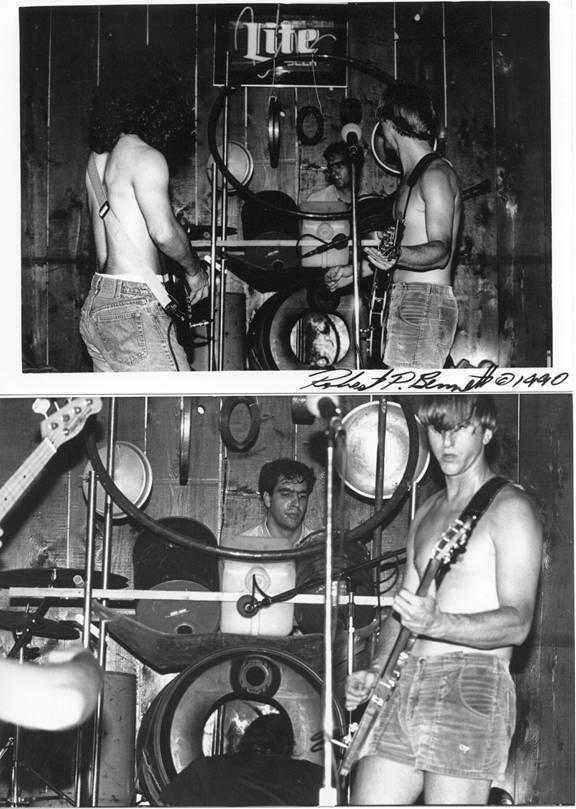 You and Danny invented something called Trauma Ball. What was it and how  many rules were there to the game? There were 4,200,024 rules we intentionally created a game with more rules than any other on the planet. It was played with a ball (3 inches diameter) that you would throw at your opponent, but the twist was that you could only move in robotic movements. So for example, if you tried to catch a ball a few feet away from you, you would have to systematically try to catch it only moving your body like a robot. You can't go fast enough so basically you fall to the ground.

Any advice for younger punks coming up and starting bands? Don't try to impress or sound like anyone. Just play the music that comes from within even if it doesn't sound like orthodox "punk rock." It may be more punk rock in spirit than whatever style is currently in vogue. Let it flow.

What's up with The Freetown Hounds? They are a bunch of really cool whiskey drinking, panhandling, toothless chicken farmers. The band consists of legendary skater and guitarist extraordinaire Shannon May, two drummers Rob Rushing and Chris DeShazo - Mardi Gras Roy on bass, and my old buddy Wess Bennett, creating crazy sounds from the dark abyss. I have a good time playing with these dudes. 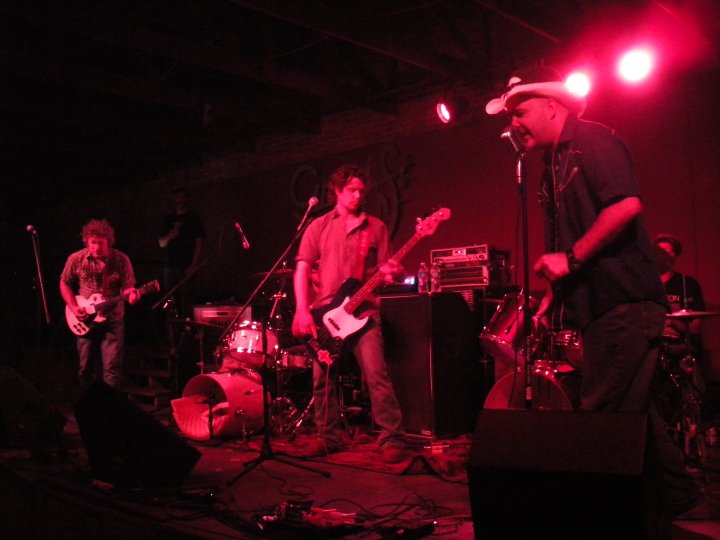 You once street skated with Rodney Mullen, the godfather of modern street skating. What was that like?

He was really a nice guy. Lance Mountain, Steve Caballero and Rodney Mullen came to Cullen's Schwinn for the Bones Brigade Tour. They did their demo and we all left to go street skating. I skated the parking towers with him. We skated for hours, me with my big board and him with is tiny freestyle deck. He was incredible, one of the nicest people I ever met. 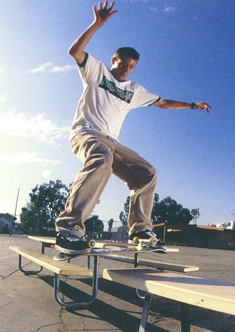