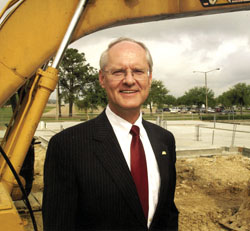 John Nichols was promoted to executive VP and chief credit officer at MidSouth Bank, and Carolyn Lay has been named senior VP and chief retail officer.

Nichols, who previously served as a senior VP and president of the bank's west Louisiana region, based in Lake Charles, will retain the regional president's responsibilities until a successor is named. Nichols will office at the bank's Lafayette headquarters on Versailles Boulevard and will continue to be a member of the Lake Charles market's regional loan committee.

Nichols now oversees the commercial/consumer underwriting departments and loan operations department and is in charge of developing the bank's loan policies and practices, along with its credit risk review policies and procedures. He also identifies credit risk situations and provides guidance to line of business lending managers.

Nichols joined MidSouth Bank in 2001, having previously worked as senior VP and business banking manager for Bank One (now JPMorgan Chase) in Lake Charles and Alexandria. He has 34 years of banking experience. 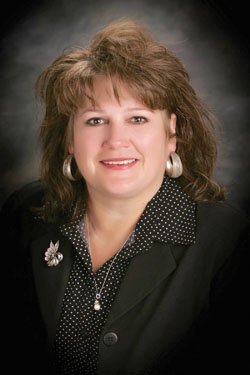 Lay was VP and regional retail manager at the bank for the past six years, overseeing the bank's locations in Lafayette, Lake Charles, Sulphur and Jennings.

As CRO, she is providing strategic direction and day-to-day supervision for the retail sales and service of the bank's 35 banking centers in Louisiana and Texas, replacing Dwight Utz, who left the bank in mid-2009 for the president and CEO position at ECB Bancorp Inc., the holding company for The East Carolina Bank in Engelhard, N.C. Lay, who has 32 years of banking experience, had been serving as interim CRO since Utz's departure.

Lay has been employed by MidSouth Bank for 11 years, having initially managed the bank's Oil Center branch.