The publisher on small business, big ideas and a community on the move. 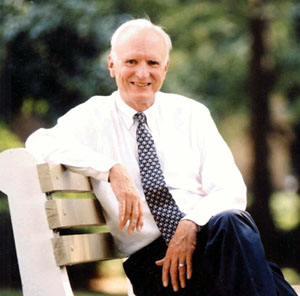 As the saying goes, "I love it when a plan comes together." It's especially nice when the results exceed expectations. And in the case of the recent Smart Growth Lecture, which is part of The Independent Weekly's 2005 lecture series, the outcome exceeded even our most optimistic hopes. The crowd that came to hear the message was almost double what we expected. And the feedback from developers, homebuilders, elected officials, realtors, the design community and others in attendance has been very positive.

City-Parish President Joey Durel quipped in introducing the guest speaker, former big city Mayor Bill Hudnut, "I have an idea that today we're going to find out that we know a whole lot more about dumb growth than smart growth." And when you consider the checklist of characteristics of sprawl that Hudnut presented, Durel was right ' those of us who live or work in Lafayette could qualify as experts in the downside of unrestricted growth.

Traffic congestion is a daily reminder of the folly of sprawl. Had we embraced more comprehensive planning and zoning here two decades ago, perhaps we could have detoured around the divisive debate over frontage roads versus Verot School Road that has truly brought out the worst amongst some of our city parish council. Instead we've been stretching our tax dollars and infrastructure budget like Silly Putty to deliver services into isolated, disparate areas with no vision for how it will fit together when it's all built.

This scenario doesn't only guarantee higher stress. It's also a certified road to higher taxes. Much higher taxes.

Conservatives and pragmatists in the business and political community should certainly recognize the wisdom of Hudnut's message. Sprawl drains resources in the public school system, the public safety system and the public utility infrastructure, including roads, drainage, waste and water treatment and more. It takes more and more taxes to fund this amorphous, amoeba-like growth. And the messenger isn't some utopian-minded intellectual in an ivory tower. Hudnut served four terms as mayor of Indianapolis and currently holds that office in his new hometown of Chevy Chase, Md. He's been there. And he wants to use that knowledge to help communities like ours grow thoughtfully, with a vision.

There was a time when the development mantra of Lafayette was, "We want to be a little Houston." We now know the dangers of the failure to address unrestricted growth. Smart growth represents alternatives to the tired, old strategies of the past, and the dialogue has begun. We're gratified by the response so far and already planning for future events.

What is Our Community? And Who Says?

The Commission on Diversity and Economic Development is hosting the first in a series of community roundtable discussions this evening at Our Lady of Wisdom Church on the UL campus at 5:30 pm. Tonight's mission is to initiate dialogue among the city's diverse ethnic groups with the ultimate goal of developing a plan to unite the community and foster economic growth. The commission, newly appointed by President Durel, will soon announce details for a breakfast on May 16, which will feature Halliburton's vice-president of human resources, Weldon Mires, speaking on the importance of ethnic diversity in workforce development.

One of my favorite events each year during Festival International de Louisiane week is the award luncheon presented by The International Trade Development Group and The International Center of Lafayette. The honor was created to recognize outstanding contributions made to Lafayette's international image and connections, and past recipients include Louis J. Michot, Zachary Richard, Si Brown, Warren A. Perrin, Enrique Herrera and Matt Stuller. Joining the ranks this year is veteran oilfield entrepreneur Dailey Berard. The event is Thursday, April 21, at 11:45 am at The City Club in River Ranch. Tickets are $25 and may be ordered by credit card at 291-5474.