Fenstermaker recently unveiled its new 16,000-square-foot facility, which includes 10 offices and provides a base for the dispatch of up to 100 employees...

Fenstermaker recently unveiled its new 16,000-square-foot facility, which includes 10 offices and provides a base for the dispatch of up to 100 employees. The field office offers space for repair and maintenance, safety training, and meetings. Established in 1950 by C.H. Fenstermaker Jr., the family surveying firm has evolved into a multi-disciplinary company providing professional services to a broad spectrum of industries. The new field office, a $2 million project, was designed by Pécot & Company Architects and built by C.M. Miciotto and Son.

Despite 82 rain days throughout the construction phase, Walters Funeral Home opened its doors in late May, becoming the first new funeral business to launch in Lafayette in 10 years. The funeral home, which features spacious corridors, parlors with sound proof walls, a chapel equipped with a state of the art sound system that seats 222 people and mounted flat screen televisions for memorialization DVDs, is located on North University Avenue near Greenlawn Memorial Park. Gene Walters, who has four decades of experience in the funeral home business, will serve as owner/manager of the facility, joined in the venture by his two children, Ross and Cecile.

Upwards of 11,000 people streamed into the Cajundome July 21 to hear a succession of speakers take aim at the federal moratorium on deepwater drilling that threatens ruin on the Louisiana economy. In a red parish of a red state where the oil industry employs tens of thousands, the moratorium is a fat, stationary target, and the speakers didn't disappoint.
Plaquemines Parish President Billy Nungesser told the crowd: "Mr. President, this moratorium will turn Louisiana into a state of bankrupt businesses. It will increase the nation's dependency on foreign oil by 30 percent. It will raise the price of gasoline in all places across the country. It will cripple the economy of a state that has come back after Katrina, Rita, Gustav and Ike, and we can't afford to be crippled again because of you!"
Several southwestern Louisiana oil and oil-service companies allowed their employees to attend the event while on the clock, and scores of workers donned coveralls embroidered with the logos of prominent players in the energy industry, Halliburton and Baker Hughes among them.

Gov. Bobby Jindal was of course the ranking elected official to speak. He was greeted warmly by the crowd, and he returned the favor: "Let our people work, that is what we're telling Washington, D.C.," he said to a round of applause. "We're in a war to defend our way of life. We will win this war," he added later.
But it was interim Lt. Gov. Scott Angelle, who will return to his role as secretary of natural resources after a new lieutenant governor is elected this fall, who stole the show. Serving as master of ceremonies, Angelle repeatedly whipped the crowd into a froth as he took the podium between speakers. 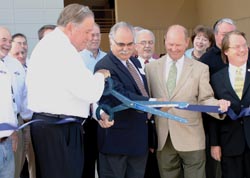 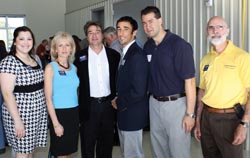 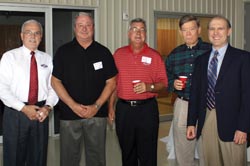 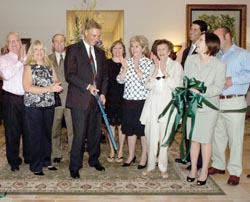 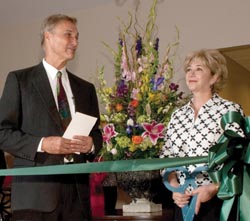 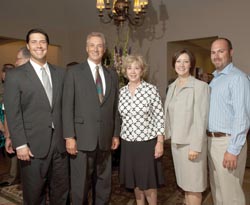 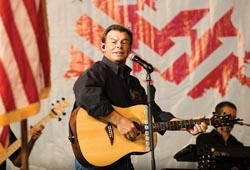 Sammy Kershaw entertains the crowd at the anti-moratorium rally 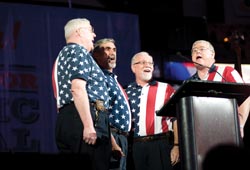 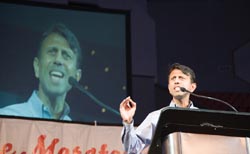 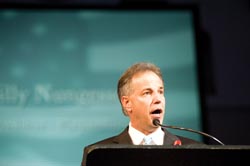 11,000 people lined up to enter the Cajundome 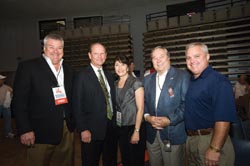 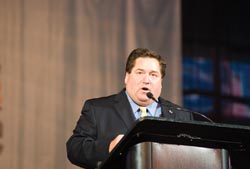 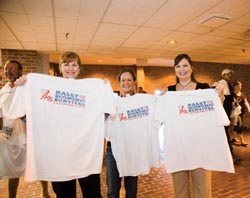 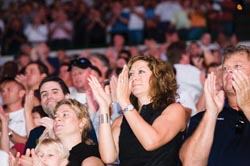 Attendees show their support for overturning the ban

The crowd reacts to the emotion of speakers 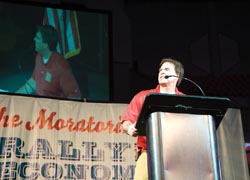 Ewell Smith of the La. Seafood Promotion and Marketing Board

Moratorium protesters filled the dome to near capacity 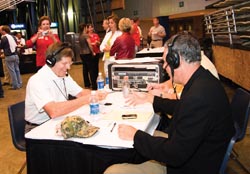