Keith Blair plays the Blue Moon on July 29 Keith Blair is everywhere! Facebook, Blue Moon, Grant Street. Artmosphere. The parking lot. Home Depot. St. John's Cathedral. A Porto-Jon. Kart Ranch. Omnipresent. There's nothing else to be said....other than the fact that his smoking, blues-saturated, gun-slinging guitar playing has been gracing Lafayette clubs for over a decade. He's got the arch twang and molecular heat of the devil in his bones. Keith Blair lights it on fire at the Blue Moon on July 29. Give the dude a break; he's only got 1,702 friends on his Facebook page, he's lonely - go see him LIVE. 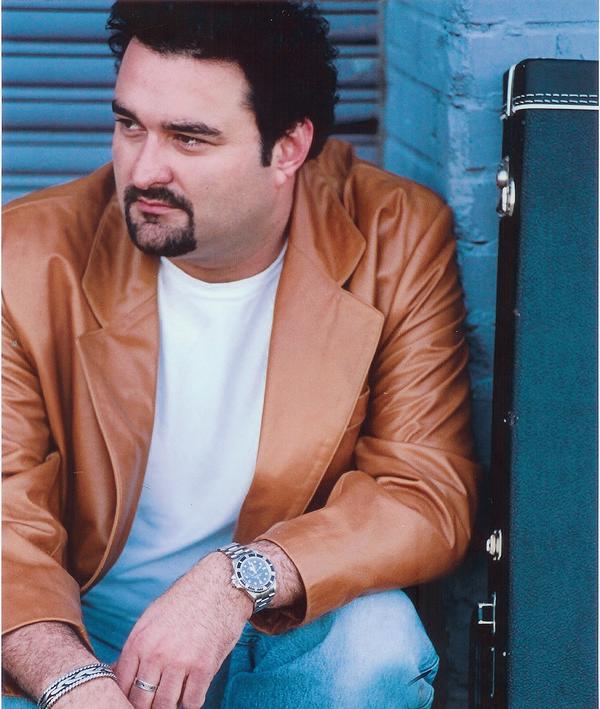 Best gig ever?
Slims in San Francisco, met and hung out with Huey Lewis and Bonnie Raitt.

Most underrated guitar player ever?
Prince

If you were to choose an alternate trade, what would it be?
Graphic designer or super hero, either one of those.

Name one thing nobody knows about Keith Blair?
I'm scared to death of snakes

It's a Saturday night in Lafayette and you're playing. How do you get into the Keith Blair persona?
Heineken helps before a gig. I never really get nervous before shows. I usually just walk up and play.

What is the most important thing you've learned about the music industry?
Stay true to what you feel and don't take it too seriously.
**
What is one thing you never do in Texas while wearing a dress?**
Cross the border into Mexico.

How resistant is the average person to Keith Blair hypnosis?
Well everyone knows I'm full of sh*t so I'd say pretty resistant.

Jim Morrison claimed to have the spirit of an Indian Shaman living  inside his "fragile, eggshell mind." What lives inside of Keith Blair?
Rice & Gravy.

Do you ever experience "missing time" - a trait common among UFO abductees?
No, but I did miss a flight in Las Vegas once and that wasn't cool.

If Keith Blair were forced to invent his own style of martial arts, what would it be called?
Since Cobra Kai is taken, so I'd call it "Rock'em Sockarate".