She's the Matriarch Folk Queen. Joan Baez was one of the major movers and shakers of the folk revival of the '60s that included Bob Dylan, Pete Seeger, Phil Ochs and many other amazingly talented artists. As folk singer, songwriter and activist, she made the rounds of the wide-ranging, spectral landscape of America in the 1960s, protesting the war in Vietnam, marching with Dr. Martin Luther King Jr. and supporting the call of the civil rights movement, speaking out on nonviolence, human rights, poverty and environmental clauses. Having released more than 30 records over the past 40 years, showcasing the otherworldly tone of her voice and gospel-like vibrato, Baez is an American icon in the collective consciousness. And she ain't done yet. Joan Baez plays the Baton Rouge River Center on Thursday, Aug. 5. 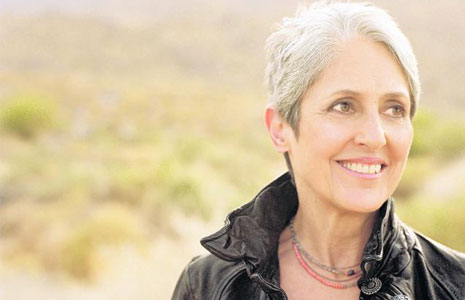