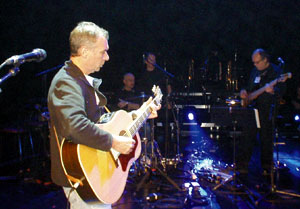 Futurist and scholar Joel Barker pioneered the concept of paradigm shifts to explain profound change and the importance of vision to drive change within organizations. His groundbreaking work produced several best-selling books for business, and he has developed a clientele among top international corporations and consulted with the governments of many nations, including Singapore, Venezuela, Canada and Peru. Now, through a personal relationship this globetrotting consultant has developed with local entrepreneur Donald Begneaud, Barker is donating his time to produce a series of workshops called "Re-Thinking Louisiana," which will be held in Lafayette Dec. 14-15.

The workshops will utilize a decision-enhancing process Barker has created called The Implications Wheel, which encourages input from many diverse points of view to analyze the positive and negative effects of a decision. For best results, Barker is seeking 400 Louisiana residents ' chosen at random ' to participate. To register, call 337-769-2443. For more information on Barker and his patented process, visit www.implicationswheel.com.

Marking 20 years in Lafayette, Lee Michaels Fine Jewelry has expanded in The Mall of Acadiana. "Our Lafayette store is the No. 1 door in sales per square foot in our eight-store chain, and we have been searching for years for the right opportunity to expand in this market," says president and owner Lee Michael Berg. The store has almost doubled in size, added Cartier watches and other new jewelry designers and expanded many lines, notably its popular David Yurman Boutique. During the recent grand opening festivities, Lee Michaels presented The Junior League of Lafayette a $2,000 check and helped raise additional money through a key raffle for a Cartier watch. Kim Henry continues to manage the store. A 13-year veteran of the industry, Henry has a diamond degree and a Graduate Gemology degree from Gemological Institute of America.

Erik Charpentier traveled to Paris with Zachary Richard for a recent fundraising concert, "SOS Musiciens de la Nouvelle-Orleans," which was broadcast live nationwide on French television. Charpentier says that a crowd of 3,700 filled the Palais des Congrès to hear Richard, who headlined the event along with French superstar Francis Cabrel, New Orleans chanteuse Juanita Brooks, pianist David Torkanowsky and clarinetist Dr. Michael White and his Jazz Quartet. "Brooks' renditions of 'Louisiana 1927' and 'Do You Know What It Means To Miss New Orleans?' mesmerized the audience," Charpentier says, "and Zachary brought down the house." At last report the event garnered almost $120,000 for hurricane relief in Louisiana, which brings the grand total donated from French sources to more than $21 million.