Houston's Cornhole Dukes sit down for a lightning round of Posthaste Q&A.
The Cornhole Dukes may have one of the most illustrious names in rock and roll. How they fell upon it, no one knows, but it's their name and they're sticking wtih it. The Cornhole Dukes play rock & roll the way the golden gods had initially intended, with a lot of huevos, bombast, longhair and chicks hanging around. Broiled in the concrete environs of Houston, Texas, amidst Tuscadero skin walkers, black gold, cold beef, and rancid flies, they chug heavy on the archival influences of the stone gods of '70s rock and boogie blues. The Cornhole Dukes bring the rawk party to Artmosphere on Aug. 20. Lafayette's The Botantist opens the show. 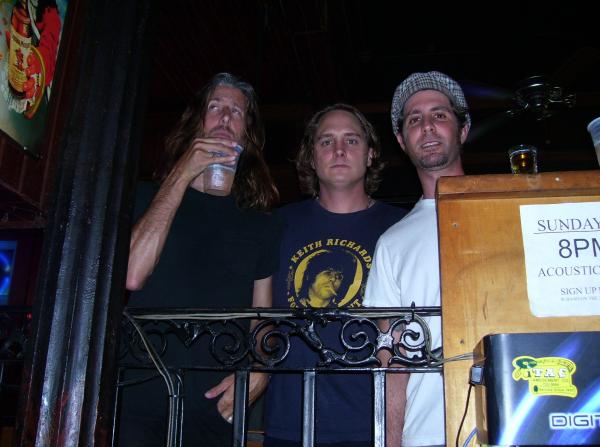 **
POSTHASTE WITH THE CORNHOLE DUKES****
www.myspace.com/thecornholedukes**

Why is modern rock "ghay?" Bands seem more intent on whining about their bad daddies than rocking hard and laying the slab.
There's a serious lack of balls out there.

History of the Cornhole Dukes in 5 words.
A long, dark checkered past.

Advice to younger bands.
Get a degree in law or medicine.

In the event of extinction level event or WWIII, what are the first three things an individual must do?
Sex, poboy from Olde Tyme Grocery and sex.

Who controls the money?
The man.

The Cornhole Dukes is a righteous name! Why?
Divine Intervention

**When involuntarily forced to piss in the wind, what is the proper technique one should use to minimize splatter?
**Try pissing harder to create a strong stream that is wind resistant.

Kiss greatest band ever. Thoughts.
Because they rock assface.