Winds of Change in Real Estate 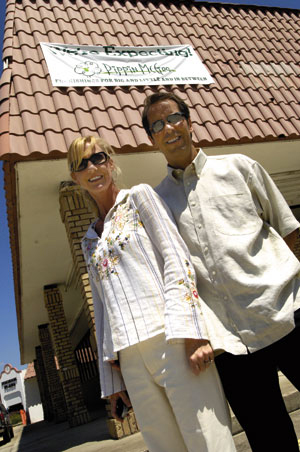 As New Orleanians are repatriated, it will be interesting to see how Lafayette changes yet again. Since Hurricane Katrina (and later Rita), there have been joyful additions, like the street clarinetist playing Gershwin downtown and a shared willingness to aid and comfort our neighbors, as well as the stresses of increased traffic, burgeoning student populations and countless other strains of instant growth. I'm proud of the job this city has done to support it all.

There's been a big buzz about the impact this has had on the local real estate market. Is supply tapped out, as has been rumored, in both the commercial and residential sectors? At last week's Rebuild Lafayette North meeting, Coldwell Banker/Pelican's Steven Hebert and Hammy Davis offered their observations. Residential real estate, Hebert reported, had a very large inventory of new construction before the storms. Much has been sold and rented, and Hebert says that builders are already seeking increases in lines of credit to crank up construction again. Davis says commercial space is tight and also projects increased building activity; he expects the cost of construction in Lafayette to increase by 15 percent or more. Many rentals and leases are short term, and the two agree that it's difficult to predict how much is permanent and how much is temporary. Those in the industry are leading frenetic lives for now.

Van Eaton & Romero has produced a tool for home buyers that explains the curious geographic codes for residential property in Lafayette, titled The Power of Location. Its timely release just prior to the recent influx of new residents was purely coincidental. "For years, buyers have been confused about what defines each area in the MLS system, and this booklet provides a clear description of each," says CEO Bill Bacque. "Our guide helps simplify the process." It's a great resource for locals and newcomers alike, richly written and illustrated by Right Angle.

If we weren't aware before Katrina of how much we depend on New Orleans for many things from phone service at the Cajundome to side orders at Popeye's, we certainly know now. But oenophiles can take heart: Glazer Wholesale reports that many outstanding wines that can't be delivered to fine Crescent City restaurants like Galatoire's, Commander's Palace and other Brennan's properties are being held in Glazer's warehouse here. "These are highly allocated wines that are available now through local restaurants or retailers. My personal favorites are the 2001 vintage of the Hendry Block 8 cabernet sauvignon and the 2002 Soter pinot noir," says general manager John O'Reily.

Glazer's business in Baton Rouge has skyrocketed, but the demand for spirits here has been flat. O'Reily says the bump in business they experienced the week after Katrina has dissipated. "We had prepared for a 20 percent increase, but it hasn't happened," he says.

In the midst of the robust housing market, a new children's furniture and accessories store will open next week in the old Eckerd's location on Pinhook across from Poupart's Bakery. "We'll give families what they need for their kids from cribs to college," says Kim Crouchet, who co-owns the store, named PippinMcGee, with her husband Robert.

The brightly colored, 11,000 square-foot retail center features a central activity center where kids can play foosball, X-Box or basketball while their parents shop. Brand names include Stanley, Lea, Berg and RumbleTuff. Cheryl Slade, formerly with Stoma's, is part of the new team. BBR Creative is handling marketing, and Bazooka is designing a Web site for the store, which is a concept originated by the Crouchets.