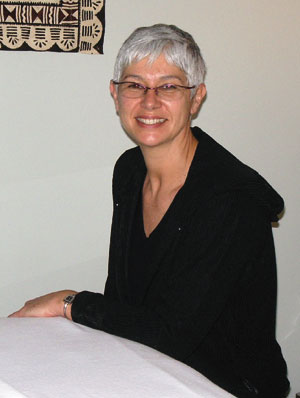 Since founding the spa that bears her name in 1987, Pascale Henry's pixie haircut and lovely French accent have contributed to the character of Lafayette's Oil Center. Hers was the very first spa in a city that now boasts at least a half dozen, a growth trend that is in step with a national day spa boom. "The market is more aware of the value of spa services," Henry says. "They're more educated now that it's not just aesthetic ' it's also therapeutic. And as people's lives have become more stressful, they want more services."

She started with three people on staff in a cozy space near the post office on Coolidge Street. Eleven years later, she moved up the street into 4,000 square feet in Oil Center Gardens, more than doubling the size of her business. Her staff has now grown to 30 and last month Henry expanded again by adding a couple's massage room, two standard massage rooms, a relaxation room and a luncheon lounge where clients can enjoy a catered lunch between services.

Massage ranks first among the range of treatments offered at the spa, including manicures, pedicures, facials and waxing. One of the biggest changes Henry has seen through the years in her clientele is a growing number of men. "That was one of my goals," she says. "Men are not afraid to step into a spa any more, mostly for massage." The serene, muted colors and simple décor at Pascale's likely make it more comfortable for them. "It's not a fancy place but what's important to me is the quality of services," she says.

Just as some of New Orleans' finest restaurants re-open and the buzz about Galatoire's move into Baton Rouge dies down comes news that one of Lake Charles' finest eateries has become a hurricane casualty. Café Margaux owner D.C. Flynt says the extensive damage from Hurricane Rita caused him to make a change that, at the age of 53, he was ready for anyway. The evolving restaurant landscape in the city brought about by upscale casino-based restaurants contributed to the decision. Flynt, who boasts one of the finest wine collections in the state, will focus on his wine-importing and distributing business and renovate the real estate into office space. Café Margaux would have celebrated 25 years in business this spring.

There are three fantastic play spaces offered this year with the launch of Project Playhouse, the newest fund-raising idea from Healing House. Up for bid: an Arts-and-Crafts bungalow from the architectural firm MBSB Group and a contemporary "green" house created by UL students with The International Design Clinic. A Victorian cottage, donated by The Kid's Nest in Duson, is also offered through a raffle. See all three houses this Saturday, March 11, from 7-10 a.m. at a preview party at the Lafayette General Surgical Hospital on Pinhook Road, or view them at www.acadianasold.com. The raffle and bidding will continue through Family Fun Day, which will be held in the same location on Saturday, April 8, from 10 a.m.-2 p.m. For more information, contact Heather Blanchard at 234-0443. Healing House provides group support to children who have experienced the death of a parent or sibling.