The Libertarian Party of Louisiana has lined up two contenders for its first-ever U.S. Senate primary later this week, although it may also be its last. That's because the state will revert to open primaries in 2012 due to confusion among voters. For now, however, the party will have its time in the political primary sun with a pair of candidates who previously made bids for the U.S. House.
**Wednesday, August 25, 2010
Written by Jeremy Alford

The Libertarian Party of Louisiana has lined up two contenders for its first-ever U.S. Senate primary later this week, although it may also be its last. That's because the state will revert to open primaries in 2012 due to confusion among voters. For now, however, the party will have its time in the political primary sun with a pair of candidates who previously made bids for the U.S. House. 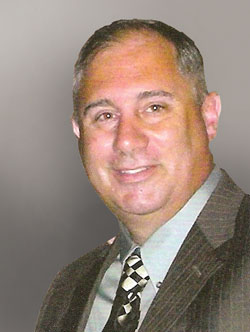 Anthony Gentile of Mandeville, known as "Tony G" to friends and family, is returning to the ballot after an unsuccessful run at governor. Randall Hayes of Atlanta, a small community in Winn Parish, will have his name on the line as well. Most recently, he ran for Congress in Baton Rouge's district with no party affiliation.

Based on early voting data released last Wednesday, the contest may not stir up as much activity on Saturday, Aug. 28, as the primaries being conducted for Democrats and Republicans. So far, roughly 100 Democrats from Terrebonne Parish have voted early, along with more than 400 Republicans and only 15 voters with "other" party affiliations. In Lafourche, there have been 92 early voting Democrats, 208 Republicans and just nine "other" party voters.

Statewide, there are more than 3,400 Libertarians registered to vote, according to the secretary of state's office. There are almost 3 million voters overall in Louisiana. But unaffiliated voters account for 23 percent of the tally, and they are allowed to take part in this weekend's Libertarian primary.

Both Gentile and Hayes have described themselves as realists while on the campaign trail this year - the shared goal is to offer voters a choice, participate in an exchange of ideas and promote the party. Its platform is best described in three planks: smaller government, lower taxes and more freedoms. In 2011, the state party will push to ban the use of enforcement cameras and call for a standard pay schedule for public officials, among other issues.

Gentile, a manager at Chalmette Refinery, has mounted a campaign based on the premise that government should operate only within the boundaries of the U.S. Constitution. He's no fan of President Barack Obama and opposes the federal health care overhaul, financial bailouts and ethanol subsidies. There's a conservative streak in his philosophy, from wanting stricter immigration laws to supporting increased drilling for oil and gas.

But Gentile has his own ideas, too, like abolishing the Internal Revenue Service, along with the entire tax code, and instituting a retail tax across the country. The concept is similar to the Fair Tax Act that has been debated in Congress.

As for foreign policy, Gentile has a dual stance - he wants to end operations in Afghanistan and Iraq, but also wants to give the Armed Forces more funding to support its efforts during times of conflict.

"There is no greater deterrent to war than a strong military," he says. "We must maintain our stature in the world as the strongest nation with no misunderstanding that we bow to no one. We should bring all our troops home from all foreign military entanglements. Our military should be all here. If we are attacked, the retribution should be swift, deadly and so out of proportion that no one would even think about attacking us ever again." 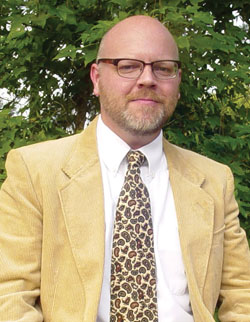 Hayes has crafted his own message as well during months of going door-to-door and meeting with voters. Before becoming a full-time securities trader, he was a freelance photographer and videographer who worked on the production staff of the Los Angeles-based G4 cable channel.

He offers a more liberal perspective on the ballot. He believes same-sex marriages should be offered the same protections as traditional unions, opines that civil liberties are more at risk than ever before and argues that America should not become involved in foreign wars.

Hayes says he would also take on issues usually ignored by mainstream candidates, like America's war on drugs, which he defines as a "failed" effort. "Drug prohibition has created a market that is too profitable for criminal gangs to resist, has encouraged those criminals to commit the most brutal crimes to protect their profits and has burdened our criminal justice system with a flood of non-violent drug-users," he says. "We should decriminalize drugs, allow a carefully regulated drug market and treat the problems associated with drug use as a health problem rather than as a criminal problem."

Neither candidate has reached the financial thresholds that require reporting campaign transactions to the Federal Election Commission.