The Louisiana Office of State Inspector General is a mere shadow of its former watchdog self, forced into obscurity by limited resources, a shifting mission and different leadership. 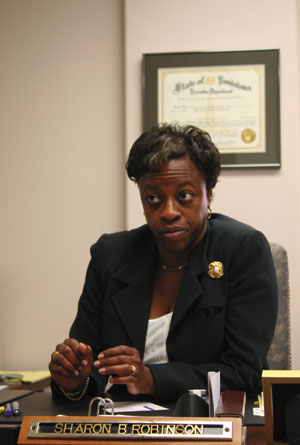 When Buddy Roemer was denied a second term in office following the 1991 gubernatorial election, Edwin Edwards was the last man Roemer wanted to ask for a favor. Edwards made Roemer his whipping boy during the legendary contest, continuing to pummel him even after Roemer was edged out of the runoff by former Ku Klux Klan leader David Duke.

But Roemer swallowed his pride and made one request to his political nemesis: don't dismantle the Office of State Inspector General. Roemer created the OIG during his first year in office to ferret out fraud and corruption. An independent investigative branch that answers only to the governor, the office made headlines in its infancy by uncovering contract irregularities, falsified documents and other curiosities in state government.

"I didn't know if he was going to do it," remembers Roemer. "Edwards didn't like second opinions or watchdogs or oversight."

Edwards relented and kept the OIG on the books ' with some exceptions. In classic Edwards style, he prevented the inspector general from investigating him or his staff. Subsequent governors supported the office as well, in a more hands-off manner. But Mike Foster started the disturbing trend of whittling down the OIG's resources, and the office is now a shell of its former self. The number of investigations has dropped dramatically, and the staff has been reduced by half. The OIG's core mission has been altered, and agencies are now admonished behind closed doors, rather than in public reports.

Under pressure in March 2005 to bolster the office, Blanco appointed Sharon Buchanan Robinson to its top post; Robinson previously served as the state's assistant legislative auditor. She now makes $120,000 in the job ' $25,000 more than the governor takes home. But no matter how good the pay, Robinson had big shoes to fill.

Bill Lynch was originally tapped by Roemer as inspector general and held the job until his death in February 2004. Lynch was a modern-day Jeremiah and immediately made headlines with an aggressive take-no-prisoners style he honed as an investigative reporter for 40 years with The Times-Picayune and other publications.

Robinson is the antithesis of Lynch. She is cautious and uses "reactive auditing to proactive assistance," preferring to prevent state agencies from making mistakes rather than calling them out on a regular basis. "Sometimes a watchdog can growl loud enough to keep people away," Robinson says. "They don't have to bite you."

Since taking over, Robinson has only overseen the publication of six investigative reports. Another two are pending approval in the governor's office, and five more are in progress. Those put out this year include investigations of the Orleans Levee District, dental services contracts and the Louisiana Manufactured Housing Commission.

One of the reasons reports are running short today is that Robinson handles certain issues through personal correspondence, instead of issuing investigative reports to the media and others through the governor's office. "Some of them don't make the paper and many of them just don't make for juicy reports, but we do keep people out of trouble," Robinson says. "It's just mundane stuff. We are watching the departments' backs, though."

As an example, she cites the Louisiana Board of Pharmacy and $2.2 million in questionable reimbursements it was seeking from the Federal Emergency Management Agency. In a letter, Robinson told the board to fix the problem; she won't be conducting an investigation. When asked if the matter involved any criminal intent or wrongdoing, she says it's difficult to tell. "We don't know," she says. "For all we know, some of the $6.4 million that was acceptable (as found by the audit investigation) could have had problems. Fraud is hard to prove."

Historically, most OIG cases are resolved without issuing reports, and agencies are often allowed to take care of discrepancies on their own. An Independent Weekly public records request of recent letters, however, reveals a number of alleged and actual wrong-doings. Some of the accusations described in the correspondence were eventually found to have no merit, while others easily raise eyebrows.

Some of the unpublished letters include:

â?¢ Findings that ADAPT, Inc., a Bogalusa-based nonprofit that receives state grant money, did not track employee hours spent working on grant-specific activities, did not produce certain annual reports for two years and made travel reimbursements without receipts.

â?¢ A review of DOTD's procurement, contracting and invoicing processes that revealed an accounting error where the department nearly paid off a $4.7 million contract with a $22.8 million check. The error was discovered "inadvertently."

â?¢ On one FEMA project worksheet, various divisions of the Department of Wildlife and Fisheries duplicated certain charges, possibly used the wrong mileage reimbursement method and included charges for what appeared to be "normal maintenance and repair."

Robinson's management style isn't exactly drawing praise from government watchdogs. Barry Erwin, CEO of the Council for a Better Louisiana, says the OIG is losing some of its effectiveness since agencies no longer have to fear public ridicule. Anything involving investigative work at the OIG should be posted online like everything else and distributed to interested parties, he says.

"At the very least, we need to take a closer look at how we are issuing these reports," Erwin says. "We need to see if we can do more to provide greater public access. The public has a right to see these kinds of things without having to request them."

Reporting has also decreased due to the limited resources of the $1.2 million operating budget and 15-person staff ' the OIG had 30 staffers in 1988. The small band of number crunchers is charged with investigating Goliath-like agencies, such as insurance and agriculture, which collectively employ more than 75,000 state workers.

Prior to Katrina and Rita, Robinson wanted the governor to add more database specialists to the staff to assist with financial investigations, but the hurricanes blew that proposal out of the water. An opportunity to expand the staff, however, has been available to Robinson most of the time she has had the job. When she took the post, Robinson had a vacancy for an auditor. It was temporarily put on hold by Katrina when the office took a $50,000 hit, which was equivalent to the position's salary. The money was soon restored, but the OIG still hasn't filled the post or even advertised for the position yet.

Jim Brandt, president of the Public Affairs Research Council, a policy think-tank, wants the OIG to be more aggressive. "There has been a noticeable decline in activity and visibility in the inspector general's office," Brandt says. "They had a publicly accessible role, and now that has seemingly changed as a result of their current situation. There's even been a change in roles."

The change came in the wake of Hurricane Katrina, when Robinson says the governor asked the OIG to start advising agencies on how to properly seek reimbursements for emergency expenses from the federal government. Since then, 50 percent of the office's resources are dedicated solely to screening paperwork that will be sent to the feds. (Gov. Blanco did not return a call for comment for this story.)

The future of the office remains unclear, but there has been a push to make it independent from the governor, who by law can approve or bury every OIG report ' even those dealing with their own office.

"I don't care one way or another," Robinson says. "I never had any interference from the governor."

For now, Robinson will keep running her office like she wants ' focusing on prevention rather than investigation. With this approach, Robinson says entities who ignore her efforts and become targets of full-blown investigations have only themselves to blame.

"You would be surprised how much fraud and stupidity can look a lot alike," she says.