Two big Acadiana music festivals brave the heat and bring relief at the end of the summer. 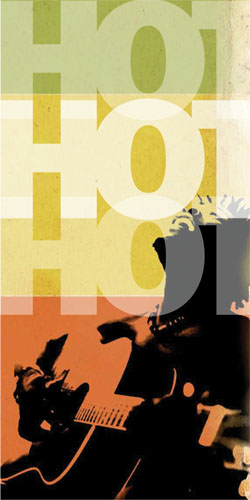 Summer's here, and it seems the time is right for the sun to beat down on the populace like a monstrous blast furnace. But don't let that get you down. There is music in the streets, dancing everywhere, and festivals to keep you distracted from the heat index. While most Louisiana music festivals crowd the calendar from February to May, a couple of local shindigs brave the heat and take place during the tail end of the summer when the sun is at its most cruel and the need for entertaining relief is at its most high. Enter two long-standing Acadiana music festivals: The 21st Reggae & Culture Festival in Carencro and the 28th Annual Zydeco Festival in Plaisance.

The Lafayette Reggae & Cultural Festival was founded in 1989 by Chris Ena Omigie, a Nigerian-born, former USL student with a profound love of reggae music. After attending a reggae festival in New Orleans, Omigie got the urge to put on a reggae festival of his own in Acadiana.

In order to combat the intensity of the heat, Omigie now kicks off the festival later in the day. "I used to start it around noon, but it was too hot and people get tired," he says. "I now start it at 4 p.m. in the afternoon. It gives people a chance to relax, shop and look at all the arts and crafts."

Attendance at the festival has varied over the years, but Omigie has held strong, putting on his cherished festival through rain, heat, big crowds, small crowds and whatever obstacles fate has put in front of him. "You have to be in a business that you like," says Omigie. "I love everything about reggae. Why did the New Orleans reggae festival fail? Because the owner was too concerned with the money and not the history and love of the reggae culture. In life, people succeed when they do what they like."

Born in Jamaica in the late '60s, reggae was birthed from the roots of ska and rocksteady music. With the growing popularity of artists like Jimmy Cliff, Peter Tosh and of course Bob Marley, reggae became monumentally huge in the 1970s. No other music seamlessly blends emotion, politics and feel-good party aesthetics as smoothly and effortlessly as reggae. It's like country music for urbanites, hip-hoppers, bohemians, hipsters and even punks. It simply makes people happy - that seems to be the secret behind the massive success of reggae music on such a huge international scale.

"Reggae is cultural, spiritual and educational. They talk about struggle, freedom, oppression, ending wars and keeping people together," says Omigie. "Reggae music is the unifier."

On the other end of the spectrum, but no less important, is the 28th Annual Original Southwest Louisiana Zydeco Festival in Plaisance, a staple in the modern era of Acadiana celebrations. The festival's origins go back to 1981 when a collection of concerned citizens known as "The Treasures of Opelousas" (sponsored by the Southern Development Foundation) feared that interest in Creole and zydeco music was waning. In response, they organized the initial Southwest Louisiana Zydeco Music Festival. The first festival, held on a farmer's field in Plaisance in 1982, rocked and roiled amongst the washboards, snap bean accordions and heated pulse of the earthen dirt. It was attended by approximately 400 members of the surrounding community and served as a tribute of sorts to the ancestors who toiled in the fields under the hot sun to provide for their families. The tribute, the music and the tradition continue to this day, celebrating the accomplishments and rural roots of Creole culture.